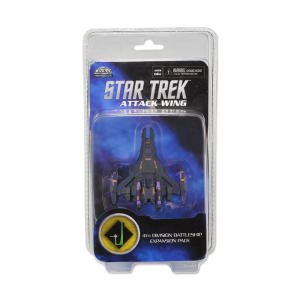 The Jem'Hadar Battleships are among the largest of the Jem'Hadar warships. They are significantly larger than a Galaxy-class ship and much more powerful. The Federation's first contact with these ships occurred when they sent the U.S.S. Valiant on a mission to retrieve the technical data they found from their sensor probes, the Valiant, under the command of Captain Watters, attempted to exploit a weakness in the Battleship. The Battleship swiftly dispatched them. A number of these ships were present during the end of the Dominion War at the Battle of Cardassia and later in the fleet that defended Cardassia Prime when the Dominion surrendered.