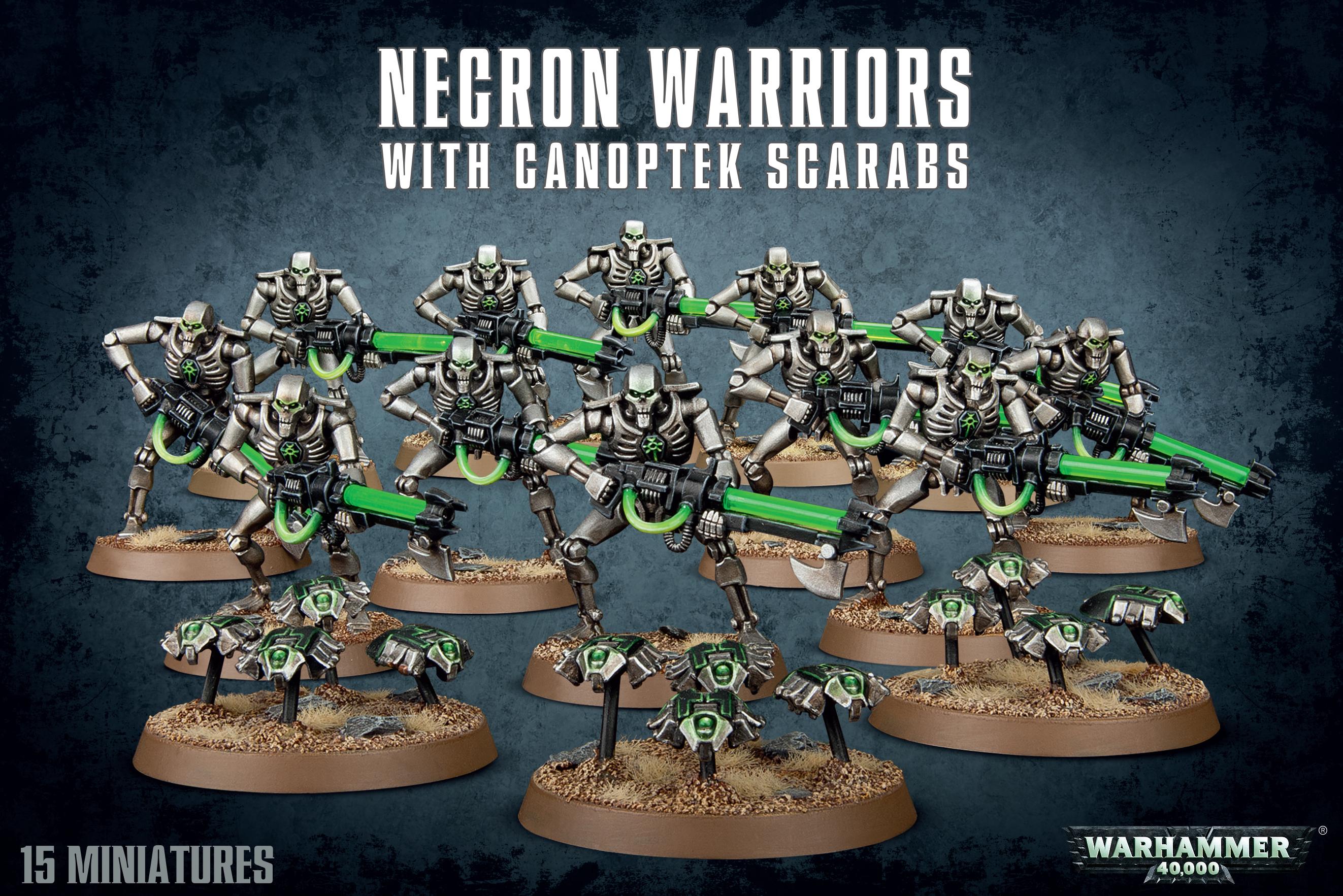 Necron Warriors form the cold heart of a Tomb World's armies. They are implacable, emotionless and terrifying soldiers - the inexorable emissaries of death itself. Unlike higher ranking Necrons, the basic warrior is little more than an automaton slaved to the will of their commander. What Necron Warriors lack in intuition they more than make up for in determination and durability. Once orders have been received, they are completely single-minded and will follow commands through to conclusion without question. Even wounds that would prove fatal to other races are not enough to stop a Necron Warrior from achieving their goal as they can often repair themselves as quickly as they are damaged.