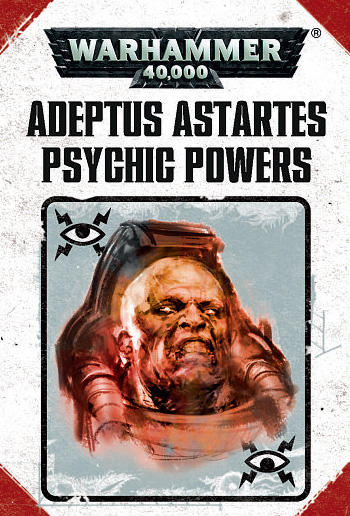 A set of twenty-eight datacards detailing four psychic disciplines usable by any Space Marine Librarian (even a Space Wolves Rune Priest these are for every Chapter!), each consisting of seven psychic powers: