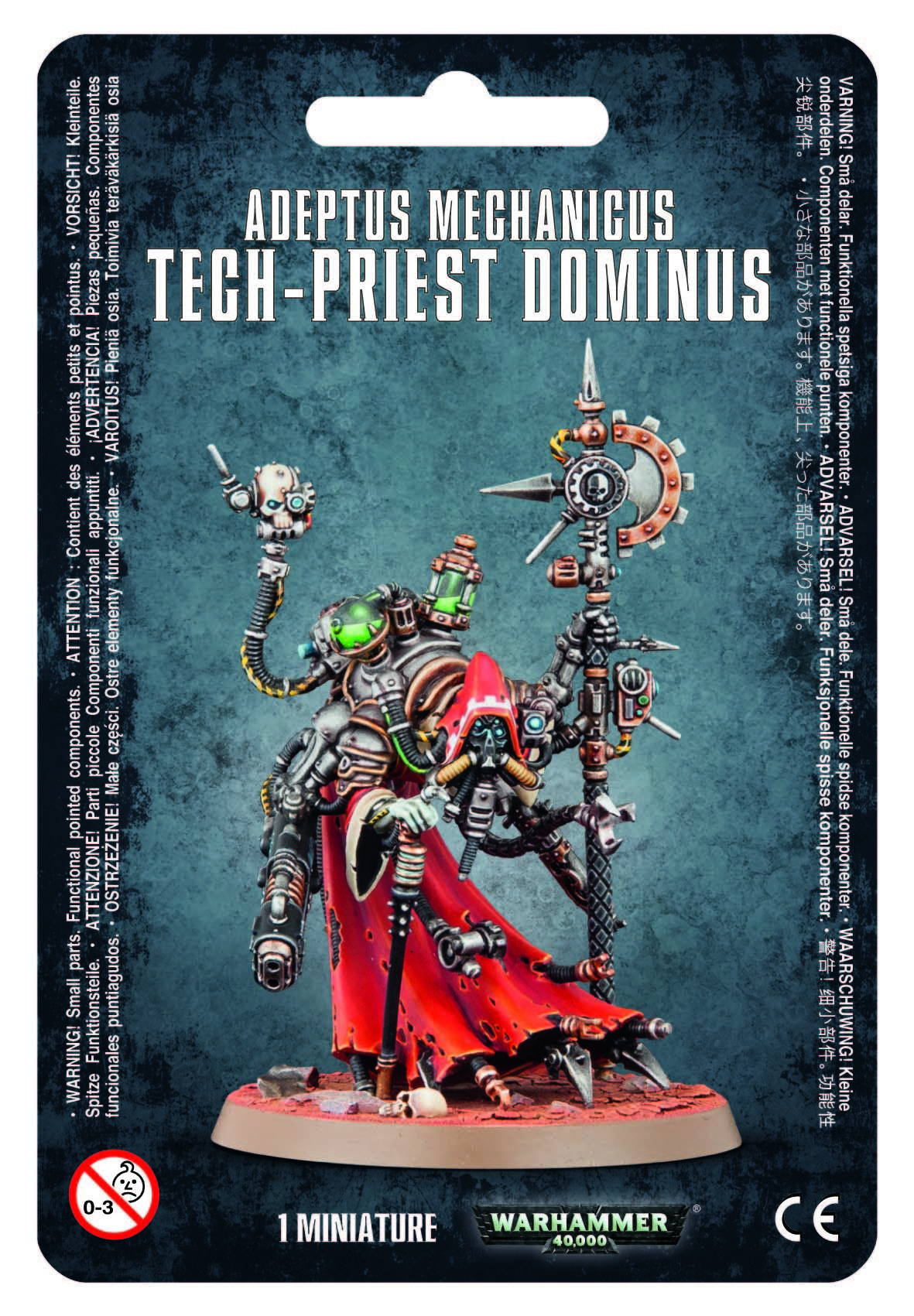 The masters of the Cult Mechanicus, the Tech-Priests Dominus have a prodigious talent and hunger for war and a need to serve the Machine god in all things. Their minds are filled by a constant stream of information - bullet trajectories, optimal artillery arcs, las-pack capacities - and they leverage this information to visit destruction upon the enemy with every command issued from their cybernetically-enhanced forms.

This miniature cuts an imposing figure, augmented to the point of being almost entirely cybernetic. His insectile metal legs and various extra arms lend him an air of alienation, and his two interchangeable heads mean he can be customised to fit both Cult Mechanicus and Skitarii images. He features an impressive array of weapons; included is a volkite blaster, a macrostubber, an eradication ray, a phosphor serpenta and a power axe - this is his badge of office, and is detailed with a microphone and loudspeaker.

This multi-part, twenty component plastic kit contains everything needed to make one Tech-Priest Dominus, and is supplied with one Citadel 50mm Round Base.