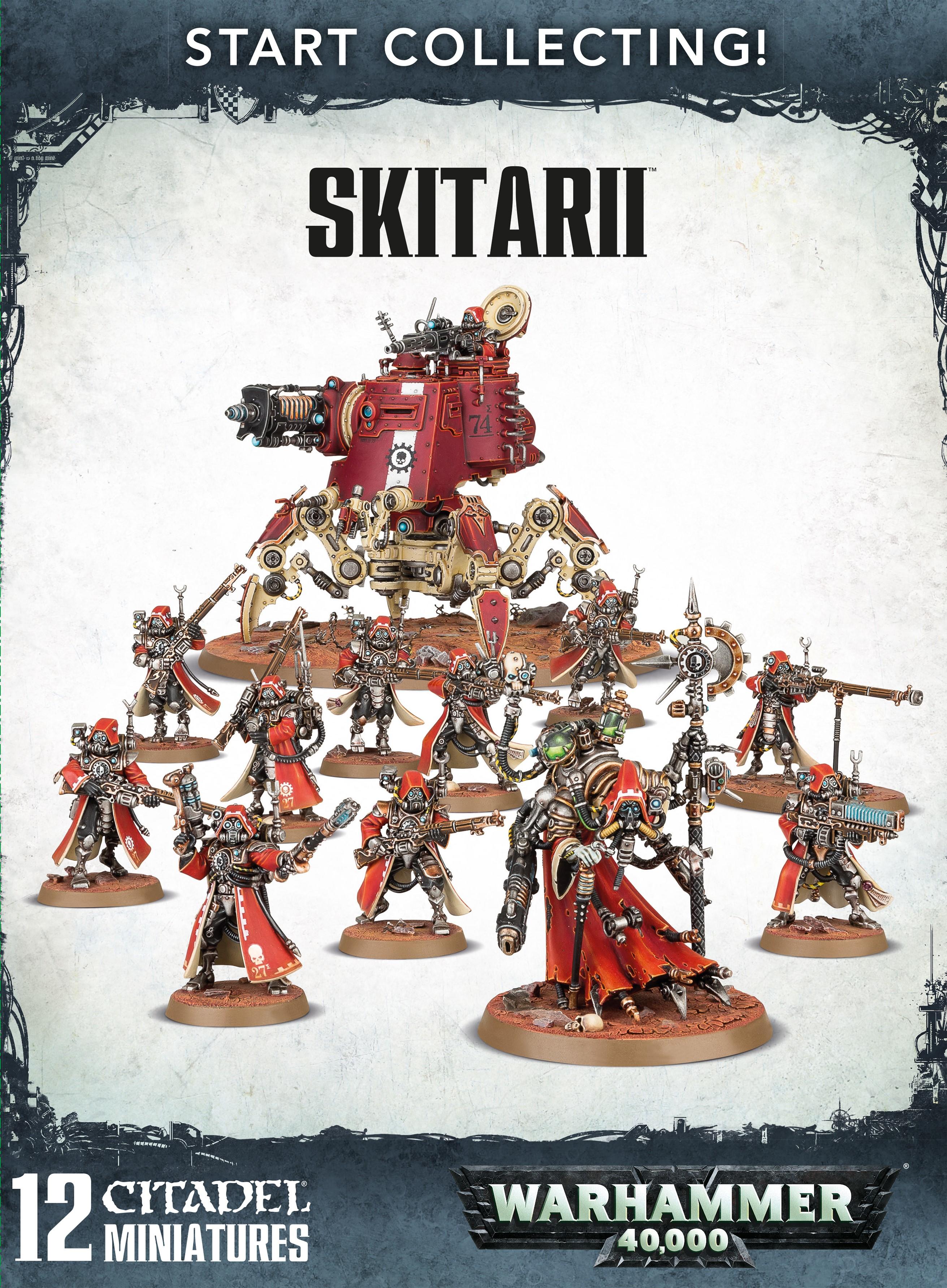 Purity in augmentation - the Skitarii are a horrifying, post-human nightmare rendered in metal and flesh, utterly without mercy in their endless quest to harvest information and technology for the Machine God. The morsels of data they find are analysed by their leaders and repurposed to make these footsoldiers of the Omnissiah an ever more efficient, cold army of ruthless killers.

This is a great-value box set that gives you an immediate collection of fantastic Skitarii miniatures, which you can assemble and use right away in games of Warhammer 40,000! Youll receive a Tech-Priest Dominus, an Onager Dunecrawler and a set of ten Skitarii Vanguard, which can be optionally assembled as Skitarii Rangers!