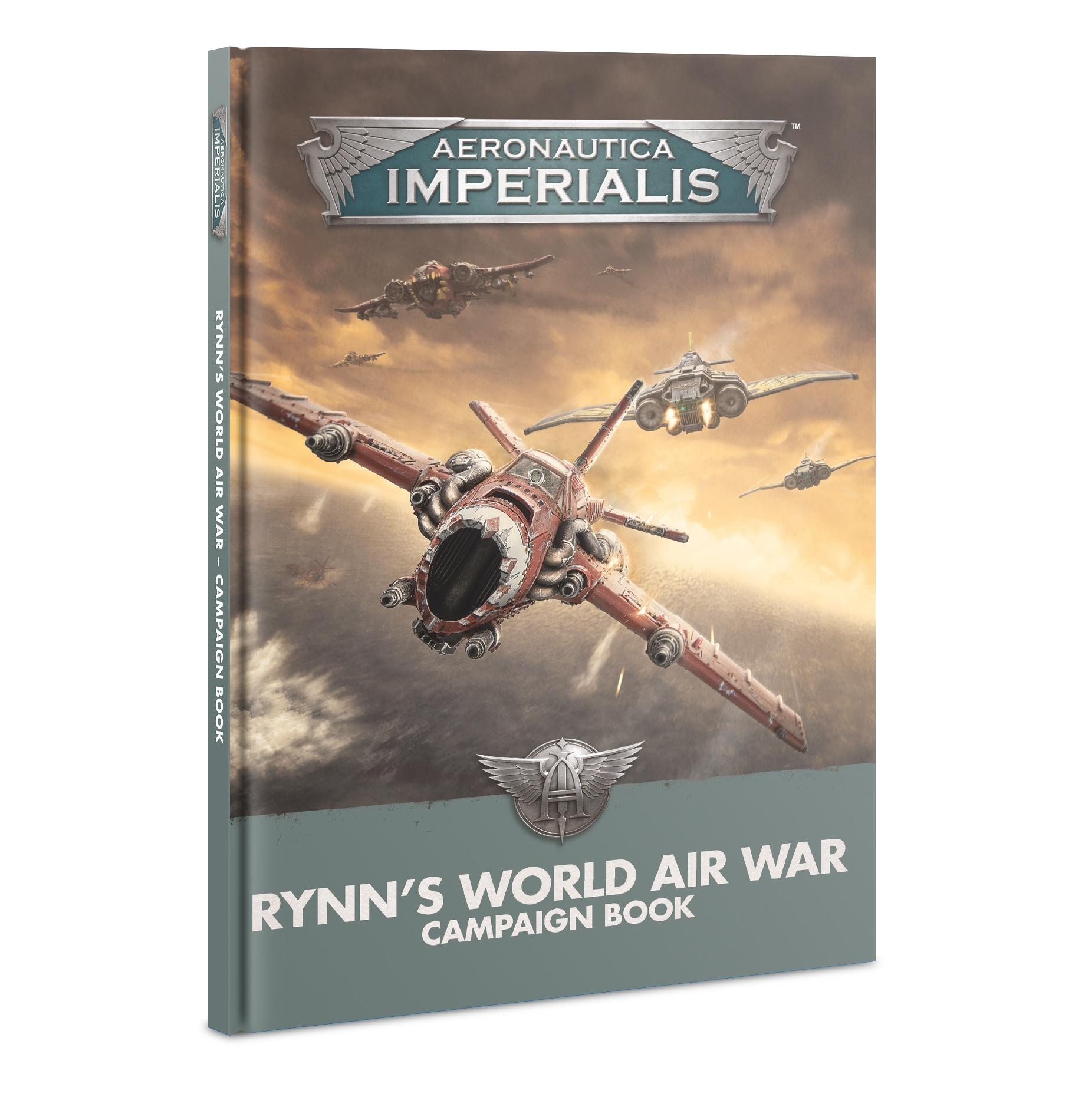 When Waaagh! Snagrod descended upon Rynn’s World, it heralded a conflict so devastating that it led to the near destruction of the Crimson Fists Chapter. The Rynn’s World Air War Campaign book enables you to refight the brutal aerial battles fought over the course of the war between the Imperial Navy and the Ork Flyboyz.

- The full Aeronautica Imperialis game rules, including how to build your force using Squadron Lists, how to perform Ace Manoeuvres, field different classes of aircraft and unleash ground defences. Learn how to manoeuvre your aircraft, adjust their altitude and change speed while avoiding the risks of crashing and breaking up (if you exceed your maximum speed). There are even rules for special manoeuvres including landing, taxiing, and taking-off.
- In an-depth background on the infamous war that took place when Waaagh! Snagrod fell upon Rynn's World, the homeworld of the Crimson Fists Space Marines Chapter.
- Six narrative scenarios set, each with descriptions of how these relate to the War for Rynn's World and optional special rules that can be used to accurately reflect that war.
- Rules for campaign play, including how to replace destroyed aircraft, and level up your pilots as they gain experience.
- Squadron Lists, providing details of the following aircraft, including their weapon options and special rules: Thunderbolt Fighter, Thunderbolt Fury Fighter, Marauder Bomber, Marauder Destroyer, Dakkajet, Fighta Bommer, Eavy Bommer, and Grot Bommer.
- Rules for ground assets such as the Hydra Flak Battery, Manticore Missile Battery, Flak Platform, and 'Eavy Flak Kannon.
- Rules for the following legendary ace pilots: Flight Commander Dagor-Jarni, Flight Lieutenant Gale Barret, Da Black Baron, and Sky Boss Toofkraker – each including a profile of their aircraft and special rules.
- Example colour schemes of Imperial Navy and Ork aircraft.
- A reference page showing the 8 different manoeuvres aircraft can take, as well as a 2-page quick reference containing the key game rules.