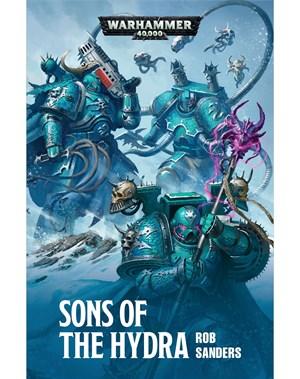 In the hostile universe of the 41st millennium, where allegiances are ever fickle, few of the Emperor’s sons are more difficult to understand or predict than the Alpha Legion. Branded traitor since the Heresy, their motives and actions have always been shrouded in mystery. Alpha Legionnaire Occam the Untrue leads his warband out of its hunting grounds in the Maelstrom on an epic quest for salvation, not just for himself, but for his whole Legion. With the forces of the Inquisition snapping at their heels, Occam and his followers must use all their guile and considerable martial prowess as they make their way to the cold heart of the galaxy, to a confrontation that no one, least of all Occam himself, could have foreseen.