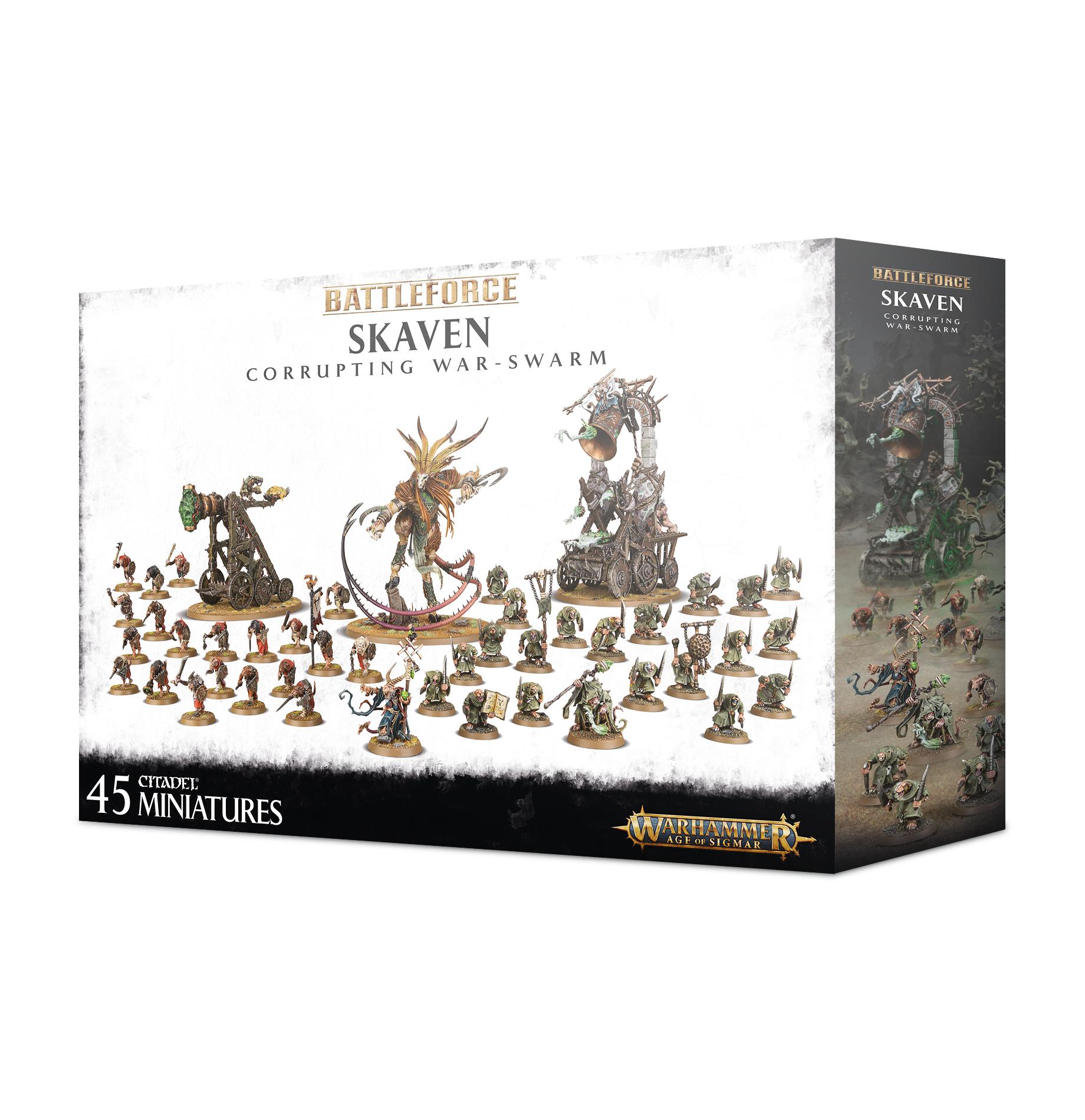 Overwhelm your enemies with the Corrupting War-swarm – a massive boxed set containing enough skaven kits to please even the most demanding Warlock-Engineer. Ideal for starting a new army of skaven or expanding an existing one, this boxed set contains everything a good swarm of skaven needs, from hordes of troops, to supporting characters, to insane war machines and monsters. It’ll also net you a tidy saving compared to grabbing the kits inside separately.

This set contains:
1x Grey Seer, master manipulator and one of the supreme magical overlords of the Skaven
20x Clanrats, which can be equipped with rusty spears or rusty blades
1x Plagueclaw Catapult, a toxin-slinging siege engine that can alternatively built as an infantry-incinerating Warp Lightning Cannon
20x Plague Monks, crazed devotees of plague who can be assembled with a variety of weapons, banners and accessories
1x Screaming Bell, a towering mobile altar of magical carnage that can alternatively be built as the deadly Plague Furnace. Building this kit as a Screaming Bell also allows you to make...
1x Plague Priest, a fanatical worshipper of disease who makes your Skaven fight even harder
1x Verminlord Corruptor, a towering skaven Monster to lead your army that can also be built as a Verminlord Warbringer, Verminlord Deceiver, Verminlord Warpseer or Lord Skreech Verminking