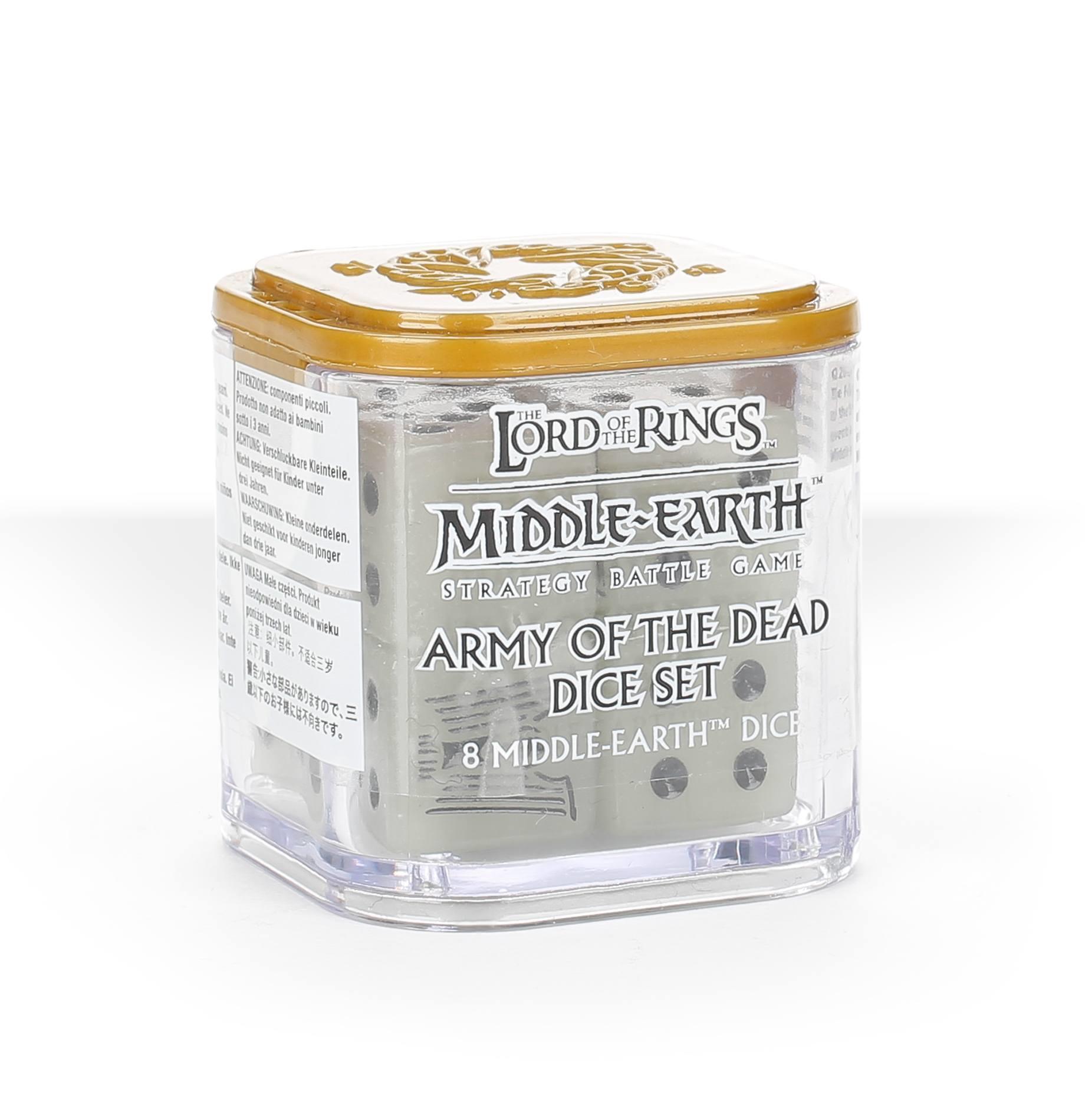 ARMY OF THE DEAD DICE

When the King of the Dead leads his forces to war, he deserves dice to match – and with them lurking in the twilight between worlds, dice that glow in the dark are particularly fitting!

This set of eight six-sided dice, each measuring 16mm, are themed around the Army of the Dead. As each one glows in the dark, you can see what you've rolled no matter where you are, and the '6' face is embossed with some of the intricate patterning from the King of the Dead's helmet.

The Army of the Dead dice come packaged in a gem plastic container with a gold lid that features the infamous runic script found on the One Ring.