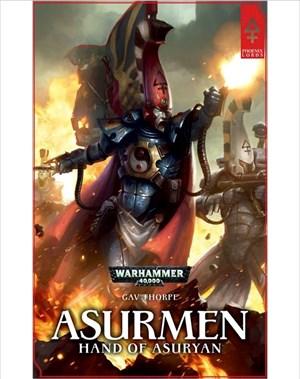 The Phoenix Lords are demigods of battle, warriors whose legends span the stars. They are embodiments of the warrior nature of the eldar, and each walks his own path. The first, and greatest, is Asurmen, the Hand of Asuryan. Since he led his people from destruction at the time of the Fall, he has guided his children, the Dire Avengers, in defending the remnants of the eldar as they plan their rise back to galactic dominance. A superlative warrior and peerless leader, Asurmen is one of the greatest hopes of the eldar race.