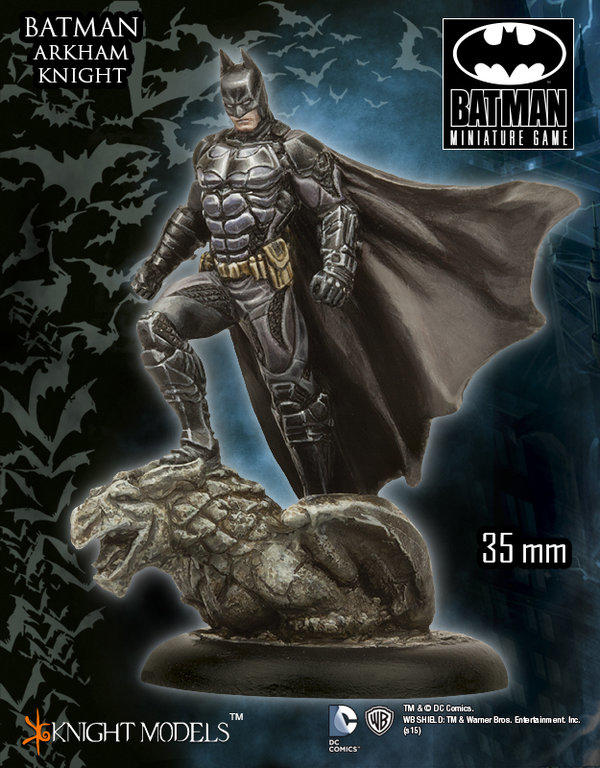 I am vengeance! I am the night! I am Batman!? - Batman

The Batman is the Dark Knight, the Worlds Greatest Detective, the Caped Crusader, Bruce Wayne.

Bruce Wayne\'s parents were killed in front of him when he was a child which led his on to the path to become the Batman.

After years of intensive training, both mental and physical, Bruce returned to Gotham City to rid it of villains an crime once and for all as the fear inducing Batman.

Batman has made many enemies through the years and managed to stop almost all of their plans with his own skills and the support of the wider Bat-Family including Robin and his trusted butler Alfred.

His greatest foe though was always the Joker. Thought to be created by the Batman himself after a chemical accident, the Joker has been causing trouble for Batman and Gotham ever since.

Then, one night in Arkham City, the Joker finally fell for the last time. Batman blames himself for this, even thought he wanted to help, as he swore to never kill.

Nine months later, Batman is still keeping an eye on Gotham but the death of the Joker haunts him.

Unknown to him, the Scarecrow has gathered several of Batman\'s enemies in an attempt to bring the Batman down once and for all.

But, they won\'t find it an easy task. Batman is now better armed and more determined to clean up Gotham than he ever has been before.

In the Batman Miniatures Game, Batman (Arkham Knight) is a highly skilled, very dangerous Leader for the Batman crew.

At 150 Reputation, he is almost a full crew all on his own and can stand toe to toe with even the largest of his enemies.

Being a master of several martial arts, Master Fighter gives in a bonus to Hit rolls and he is also skilled in Sneak Attacks. With his Detective skills, Riddles aren\'t a problem.

But that\'s not what Batman is all about. Batman has all the best toys!

Batman has two new goodies as well. His Disruptor gives him the ability to disable a Firearm or Beam weapon for a turn and his Bat Armour Mk 3 lets his have a 5+ roll to save him from any ranged or close combat attacks. It evens helps him with his Sneak Attacks as it increases their range.

Allies can also help with the use of Teamwork if Batman needs that extra Action Counter to finish the job.

Batman (Arkham Knight) is an impressive Leader. Well armed, well trained and a force of Gotham all of his enemies should fear.