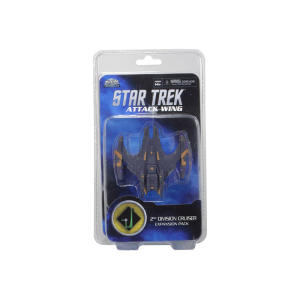 The 2nd Division Cruiser is a Jem'Hadar Battle Cruiser. These powerful warships, often supported by Jem'Hadar Attack Ships, were utilized at the Battle of Chin'Toka, the Battle of Cardassia and throughout the Dominion War. In an attempt to retake Deep Space 9 and eliminate the minefield that was placed outside of the Bajoran Wormhole, this warship, under the command of Gul Dukat, led a joint Dominion / Cardassian fleet in a successful attack on the space station.