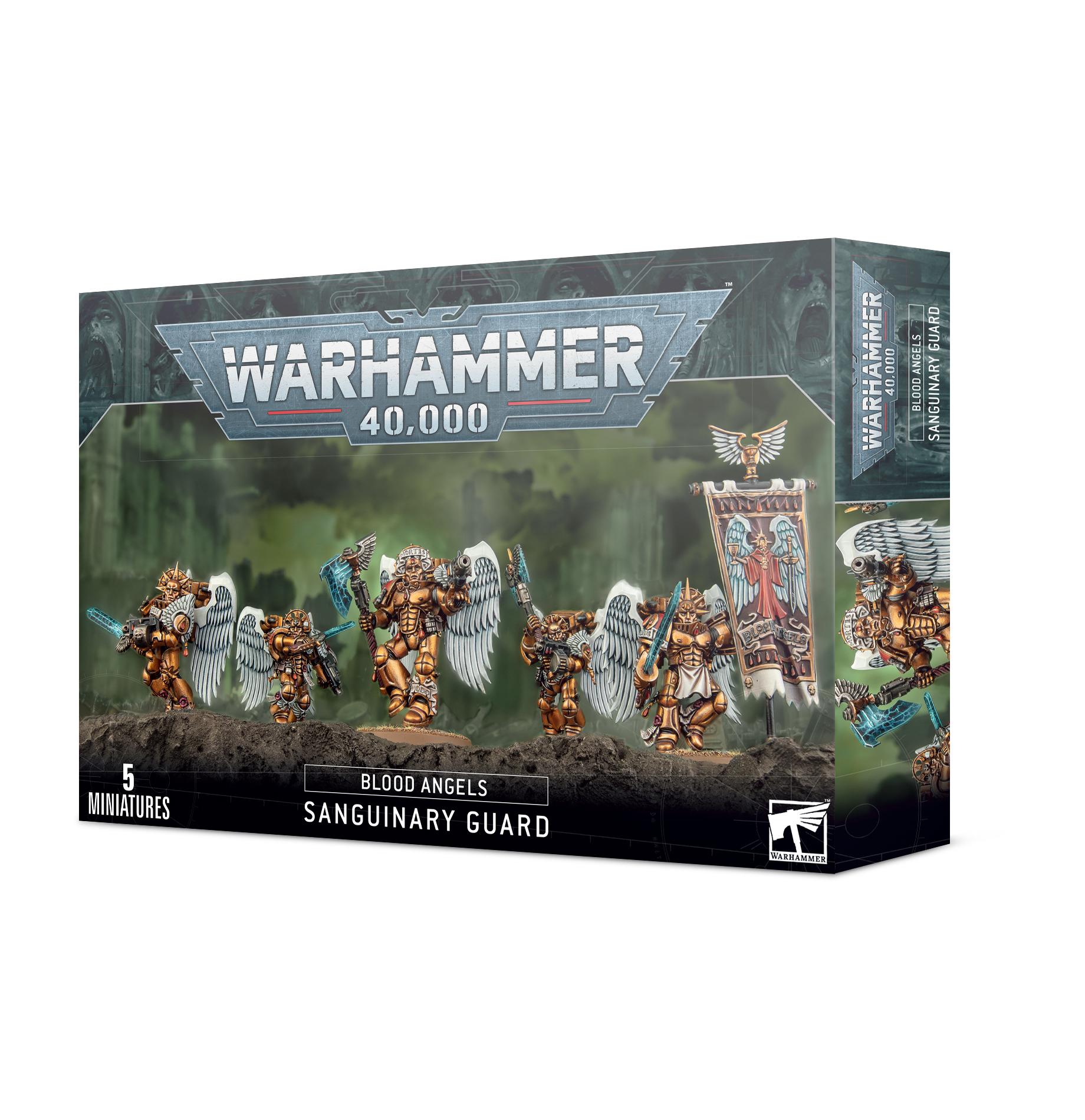 The Sanguinary Guard are the utmost elite of the Blood Angels chapter, higher even then the honoured 1st company. They fight with wrist-mounted Angelus boltguns and wield crackling power glaives with which to smite the Imperiums foes. The Sanguinary Guard are a brotherhood of mortals-become-gods and their deeds are the stuff of legend.