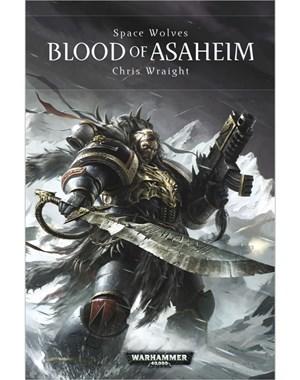 The feral warrior-kings of Fenris, the Space Wolves are the sons of Leman Russ. Savage heroes, few can match their ferocity in battle. After half a century apart, Space Wolves Ingvar and Gunnlaugr are reunited. Sent to defend an important shrine world against the plague-ridden Death Guard, the Grey Hunters clash with the pious Sisters of Battle, who see the Space Wolves as little better than the enemy they fight. As enemies close in around them and treachery is revealed, Gunnlaugr and his warriors must hold the defenders together – even as hidden tensions threaten to tear their pack apart.