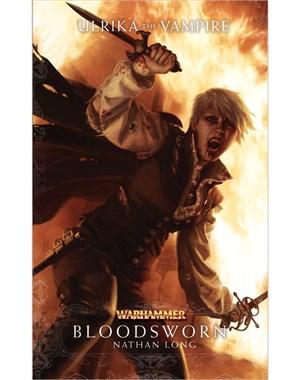 THE STORY
Returning to Nuln after her adventures in Praag, Ulrika finds the Lahmian vampires preparing for war. Across the Old World, their rivals, the sinister von Carsteins, attack their strongholds and lead the witch hunters to their hidden lairs. Spurned by her sisters, Ulrika forms an uneasy alliance with the von Carsteins in a plot to destabilise the Empire by striking at its very heart - they plan nothing less than the assassination of Emperor Karl Franz. With enemies on all sides and the Empire in flames, Ulrika must decide whether her future will see her living among the humans, or as their enemy.