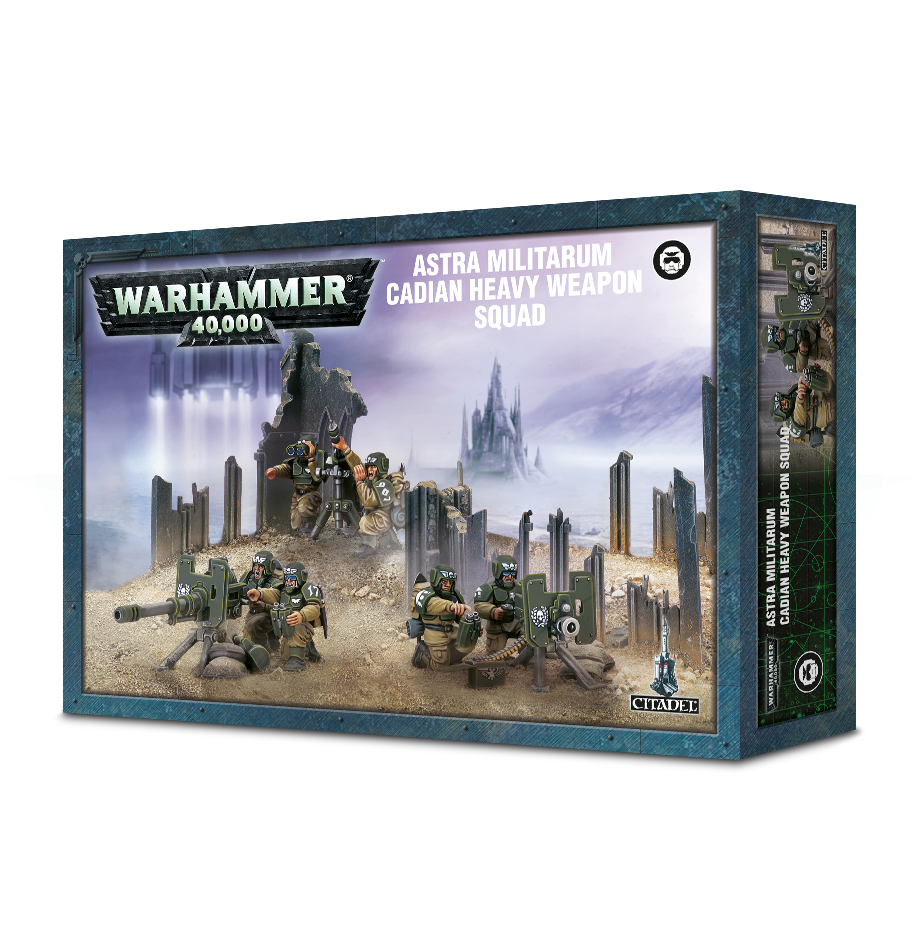 Heavy Weapon Teams are either part of normal Imperial Guard squads or they can be grouped together to create support squads that provide cover for the advancing troops.

This multi-part plastic set enables you to build 3 Cadian Heavy Weapons Teams. Each team of two can be equipped with any one of the following weapons: lascannon, heavy bolter, missile launcher, autocannon or mortar. It is possible to give all teams the same heavy weapons to build a support squad.