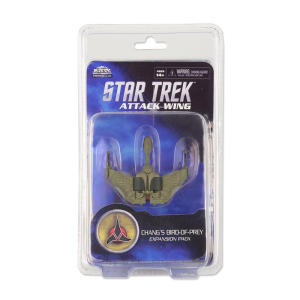 This Klingon Bird-of-Prey is a prototype vessel under the command of General Chang. It has an advanced cloaking system which allows it to remain cloaked even when firing its torpedoes. General Chang used this ability to fire on Chancellor Gorkon's flagship, the I.K.S. Kronos One, and blame the attack on the U.S.S. Enterprise and Captain James T. Kirk.