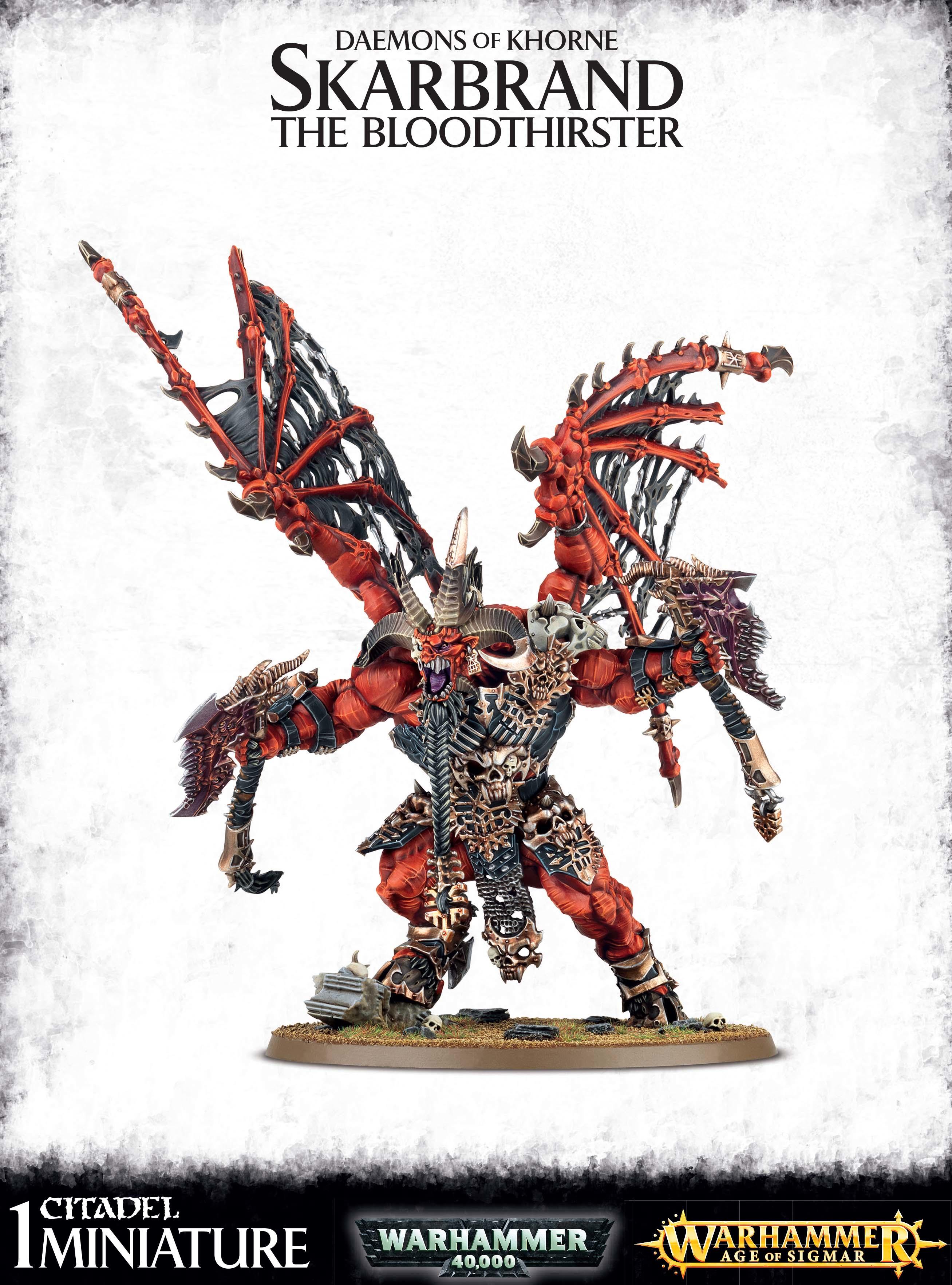 Known as one of Khorne’s greatest champions, Skarbrand’s own lust for blood ultimately proved to be his downfall. He slew innumerable mortals in the name of the Blood God, and was spoken of only in hushed whispers by those remaining. However, his ambition far outstripped his power when he thought to challenge Khorne himself. Stripped of all personality and thought by Khorne’s terrible punishments, physically broken and tattered, Skarbrand is nothing more than a tortured shell filled with pure murderous hate, bound by neither loyalty nor rationality, condemned to slaughter constantly and indiscriminately without goal or purpose - where Skarbrand rages, blood and skulls accrue quickly.

This multi-part plastic kit gives you everything you need in order to build Skarbrand, hubristic warrior of blood, murder and fury; armed with two daemonic axes, lovingly named Carnage and Slaughter. His once-mighty wings are shredded and torn, and his face is permanently twisted into a screaming rictus of pure anger. Bloodthirster fans amongst you will be pleased to hear that this kit is perfect for building a customised Bloodthirster!