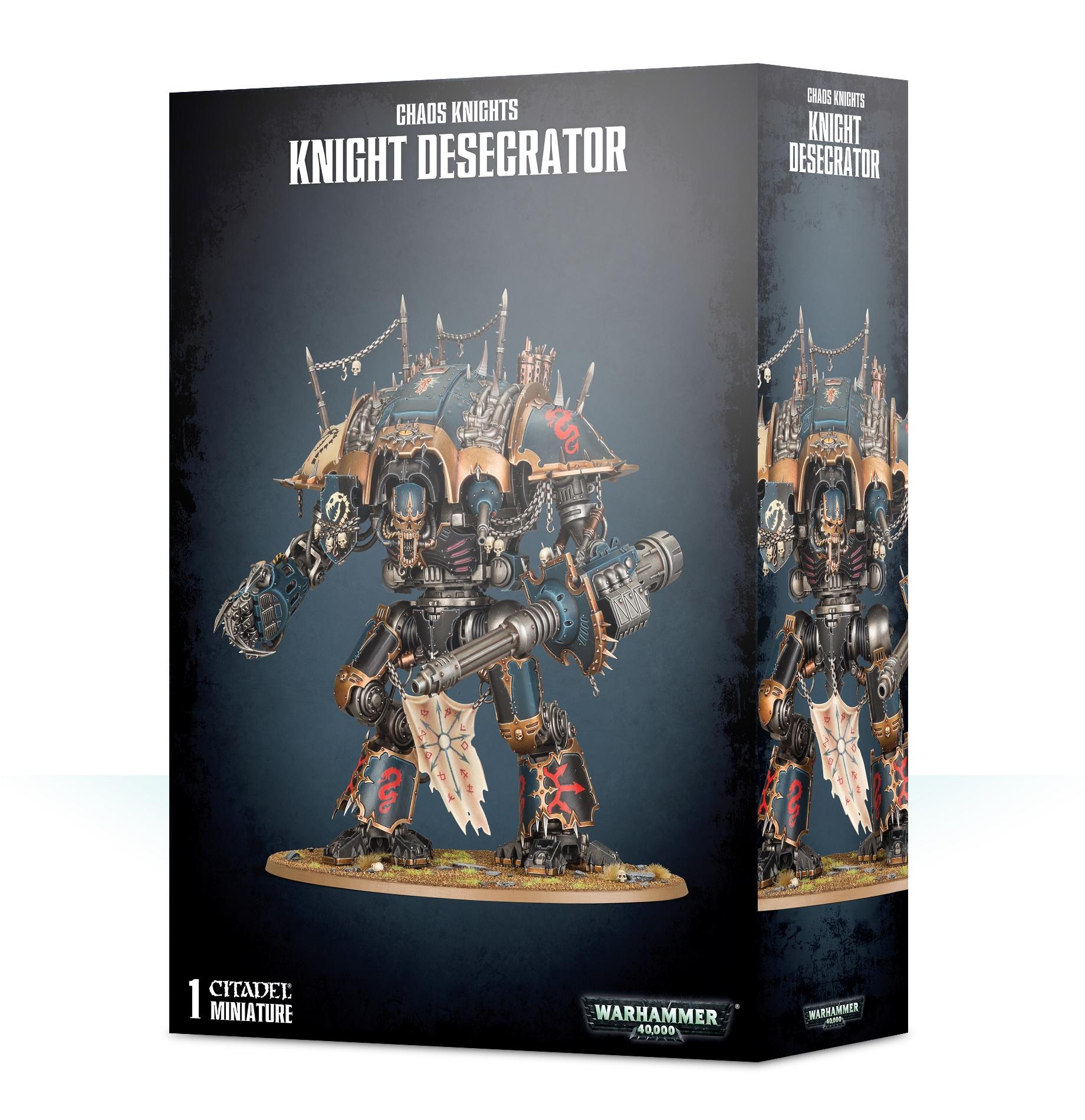 Knights Desecrator possess potent mid- to close-range armaments that lend themselves toward duelling enemy war engines or monstrous beasts, or tearing down the foe's Fortifications. Armed with a laser destructor, it packs a considerable punch at considerable range.

The Knight Desecrator is a truly imposing kit in every sense of the word – it towers over most other models on the tabletop and a choice of vicious faceplates and optional chains, pipes, spikes and horns allow you to customise your Knight, making it as malicious as you want. They can also be armed with a choice of either reaper chainsword or thunderstrike gauntlet with which to crush any foe that survives a barrage from its laser destructor.

This multipart plastic kit is supplied as 119 components and includes a Citadel 170mm oval base and a Chaos Knight transfer sheet, which features iconography for Houses Lucaris, Herpetrax, and Khymere, as well as a huge variety of Chaos runes and markings. It can also be assembled as a Knight Rampager.