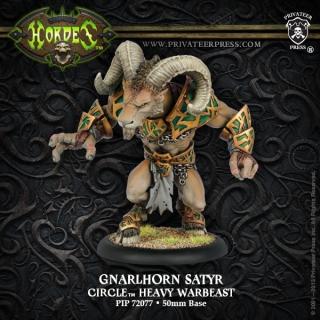 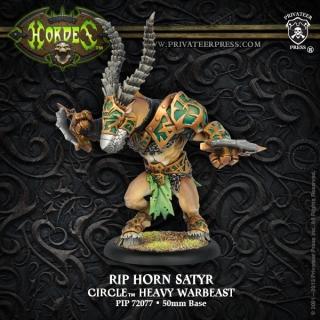 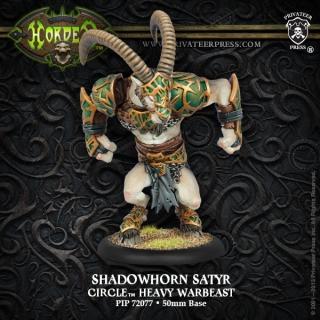 Satyrs are elusive beasts, protected for centuries by the druids of the Circle Orboros. Only recently have these loyal creatures been called upon to join battles abroad. Gnarlhorn satyrs are creatures of pure strength and unyielding force, capable of ramming foes with steel-buckling power. Shadowhorns possess a nimble athleticism which lets them perform impressive feats in battle, such as using an attacker’s own momentum against it. Rip horns are more cunning than their cousins but every bit as fierce, smashing into their enemies to break their lines and formations.