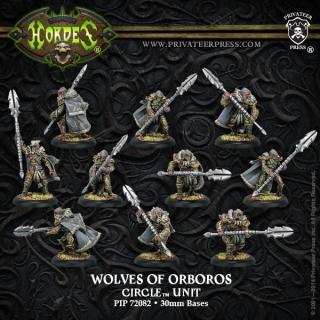 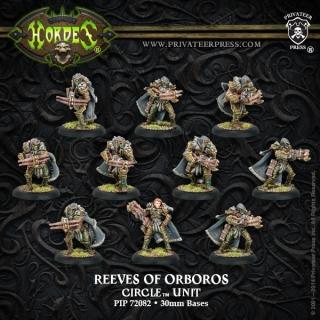 Drawn from settlements on the fringes of the wilderness, the Wolves of Orboros willingly offer their strength of arms to the Circle. Every Wolf is an accomplished fighter as well as a master woodsman, trained to wield a heavy cleft-bladed spear with fluid mastery. Those with the aptitude to become reeves prefer the double crossbow, with which they can find deadly angles of attack in even the densest brush.