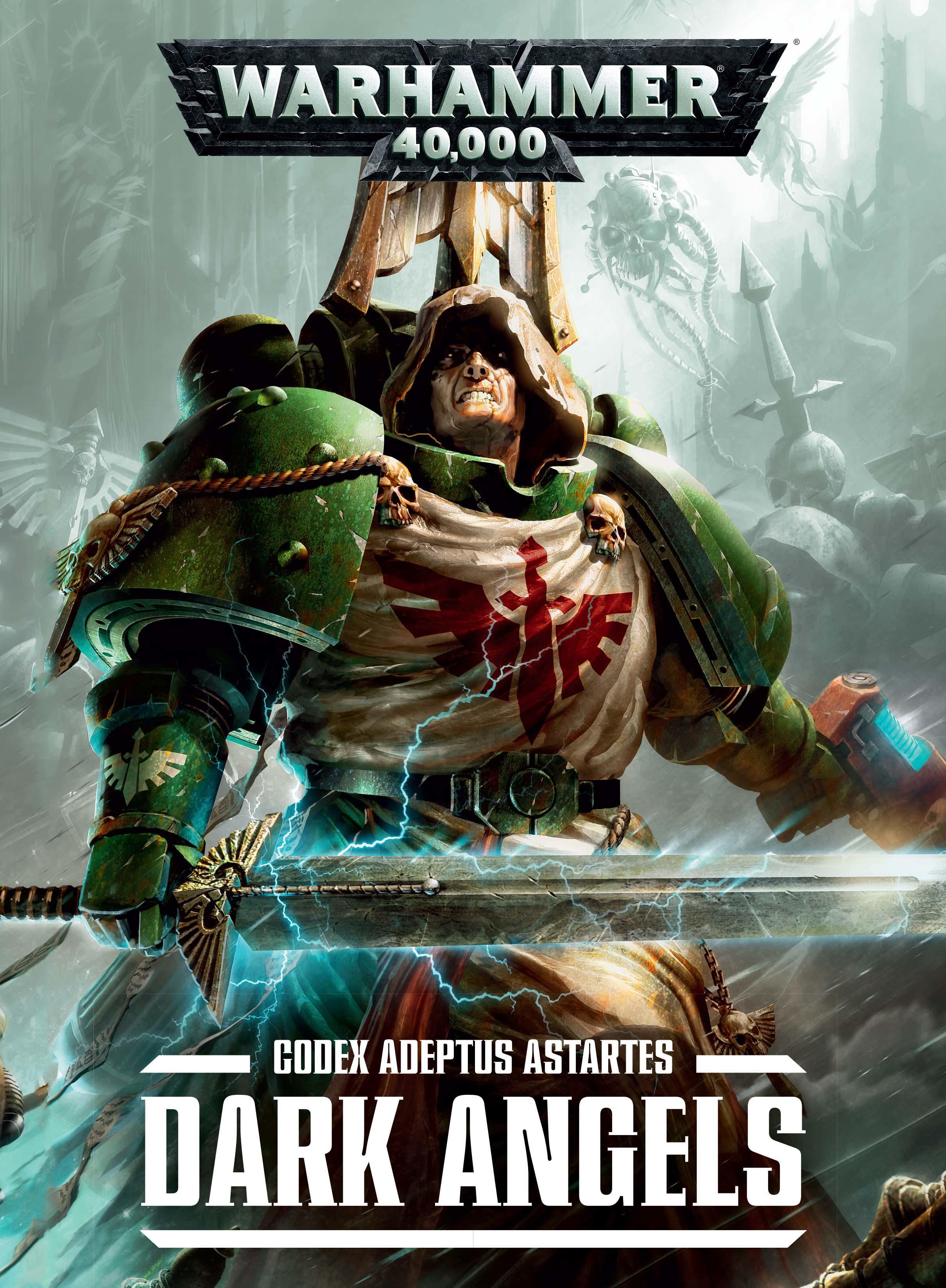 The Dark Angels the 1st, make war with stoic merciless determination. Marching ever forward, disregarding the attacks of their foes, they gun down their enemies with grim efficiency, never once displaying any sign of weakness or pride. Wrapping themselves tightly in the archaic rituals of battle, they seem almost desperate to distance themselves from those they seek to protect - indeed, lurking behind their courage and heroism is a secret stain upon their honour that, if revealed, would destroy everything they have struggled to bring to bear.

The tragic history of the Dark Angels, and the details of their ten-thousand year search for absolution;

Opportunities to build your own Deathwing and Ravenwing formations from the extensive range of available miniatures.