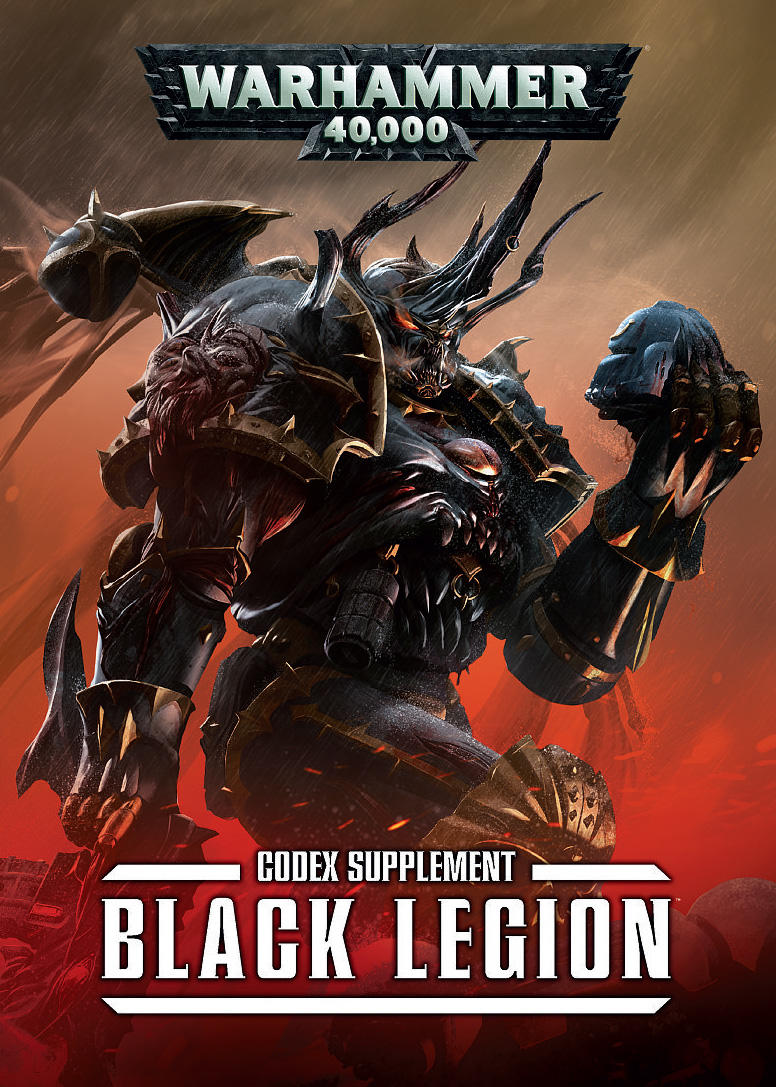 For ten thousand years, the Black Legion has fought the armies of the false Emperor, striking out from the Eye of Terror to sow ruin and madness among the stars. In their wake, worlds burn to ash and the screams of the damned echo in the warp.

This supplement to Codex: Chaos Space Marines allows you to turn your Citadel miniatures collection into a mighty host of Black Legion, bringing fire and death to the Imperium.

Within the 72 pages of this book you will find:

Black Legion is designed work alongside the rules found in Codex: Chaos Space Marines, which you will need in order to field a Black Legion collection on the tabletop.

Please note this product is only available in English.