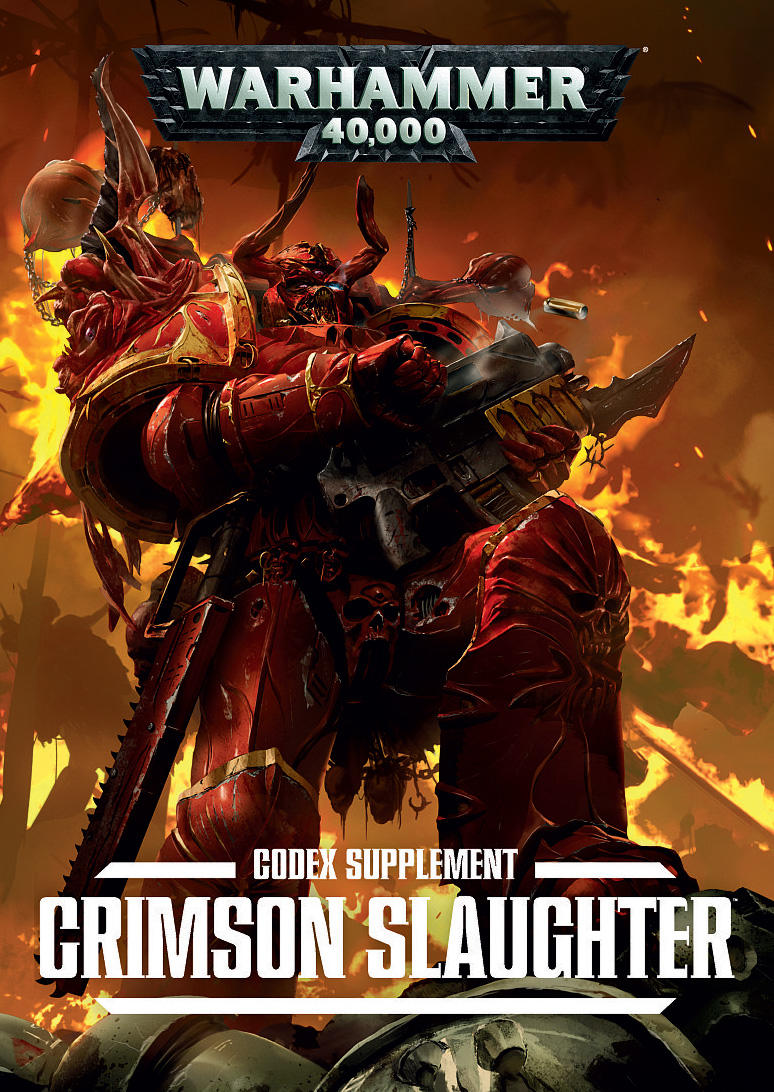 Once the loyal servants of the Imperium of Mankind, now the Crimson Slaughter leave only destruction and despair in their wake. Tainted by the genocidal purging of Umidia they are plagued by the voices of their victims. Only through butchery can they silence the voices that haunt them - but the whispers of the dead always return.

Within the 72 pages of this softback, full-colour book you will find: