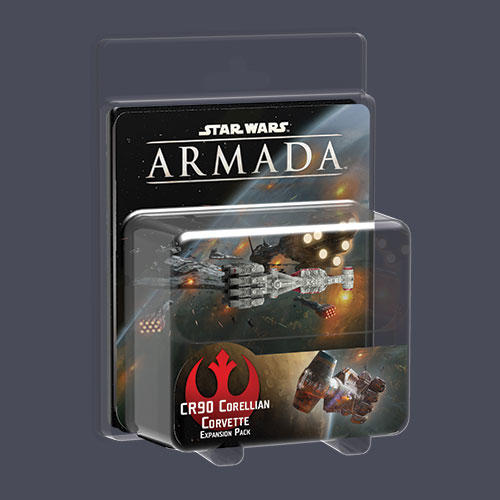 The first starship to appear in the classic Star Wars trilogy, the CR90 Corellian corvette is a small capital ship of roughly 150 meters that featured prominently in the Rebellion, largely due to its versatility. Often referred to as “blockade runners,” CR90 corvettes can be outfitted to slip through Imperial blockades, haul cargo, serve as trooper carriers, or engage Imperial ships in battle.

You can add one of these versatile starships to your Rebel fleet with the CR90 Corellian Corvette Expansion Pack. The expansion comes with one pre-painted miniature CR90 corvette, one command dial, all requisite tokens, and ship cards for both the CR90a and CR90b configurations. Additionally, eight upgrades allow you to equip your corvette for battle, including the commander card, Mon Mothma, and the Tantive IV title card.