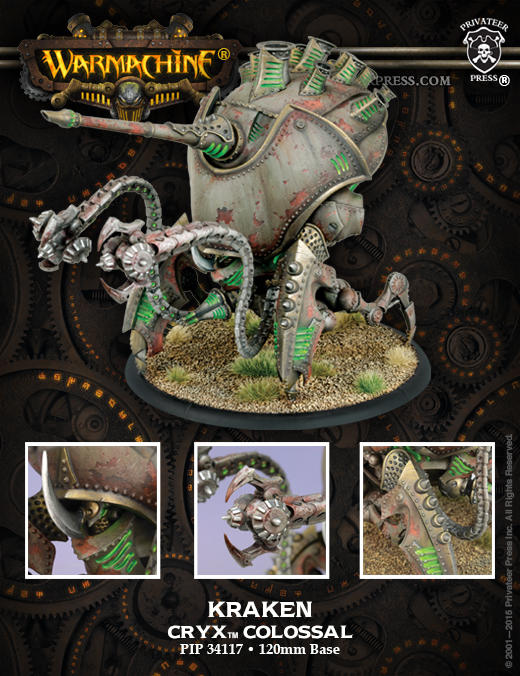 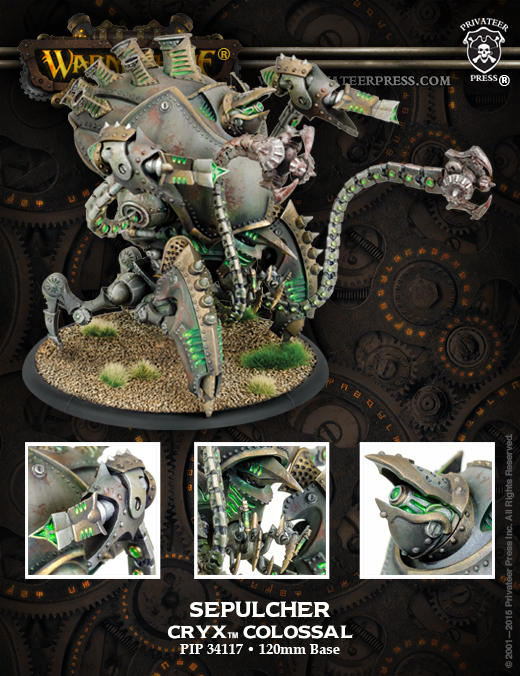 The Cryxian colossals rank among the most nightmarish necromechanikal fabrications ever loosed upon the Iron Kingdoms. Deployed only sparingly and in secret for centuries, these terrifying constructs are seen among Cryx armies with increasing frequency. The Kraken lashes out with long tentacles, feeding its necromantic furnace with the corpses of its victims to power its deadly hellblaster cannon. The Sepulcher snatches enemy soldiers and necromechanikally enhances them, producing an endless supply of thralls to be unleashed on the enemies of the Dragonfather.

SPECIAL NOTE: PIP 34117 contains the same stat cards as PIP 34050. The replaced PIP will no longer be available from Privateer Press beginning May 1, 2016.