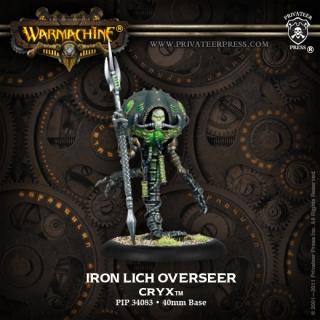 Forged from the consciousness of a trio of venerable iron liches, the overseer exists to command thralls and machines in the field. It slowly turns as the battle unfolds to allow each of its three faces to survey the enemy as it unleashes volleys of soul-claiming arcane fire, all the while hissing commands to the helljacks that follow it to war.