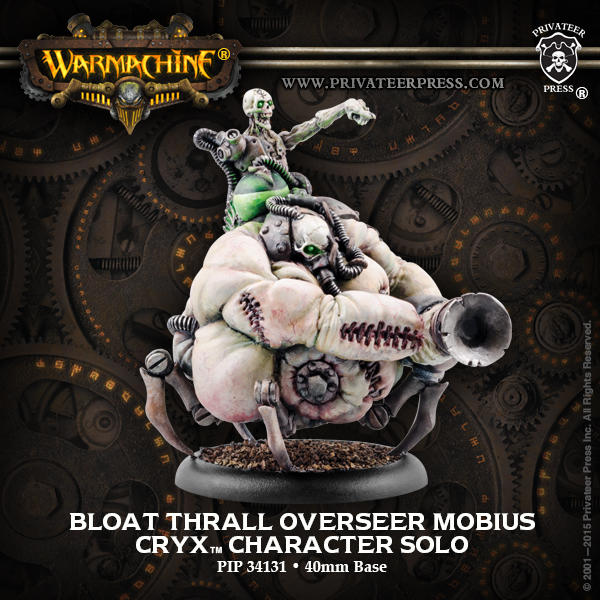 Overseer Mobius became greater than the sum of its dead parts when it was clear to its Cryxian masters that this undead oddity could successfully lead bloat thralls against the enemy without prematurely detonating the thralls or accidentally destroying itself in the process. Engineered in secret, Mobius wields its own gun from the back of one of the bloat thralls in its command, as its deformity prevents it from moving independently.