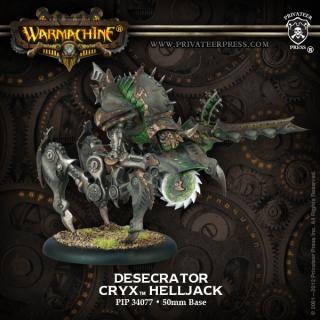 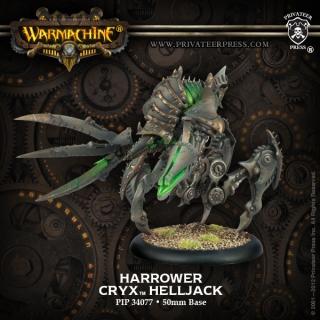 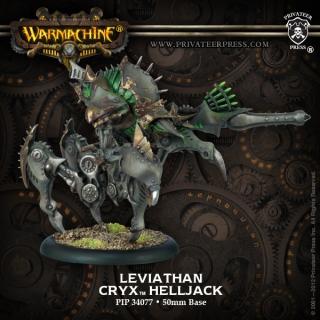 The silent tide conceals the inexorable advance of amphibious helljacks beneath the waves. Equipped with watertight furnaces, these terrible machines emerge from the depths to sow destruction on a horrific scale. The Leviathan leads the charge with its terrifying rapid-fire cannon, fueled by excess steam from its necrotite furnace. The Harrower cuts through horrified soldiers with its enormous claw, while its cannon fires incorporeal shells that pass through solid obstacles to impact its intended target in a necromantic conflagration. The Desecrator uses its alchemically charged cannon to spray corrosive fluid across a wide area while its whirring vivisector minces through flesh and steel at the murderous behest of Cryx’s generals.

SPECIAL NOTE: PIP 34077 contains the same Mk II stat cards as PIP 34026 and PIP 34039. The model in this box represents the same figures as those PIPs in the game. However, the model in PIP 34077 is a new sculpt and therefore looks different from the models found in those PIPs. In addition, this model is plastic rather than metal. PIP 34026 and 34039 will no longer be available from Privateer Press beginning May 1, 2012.