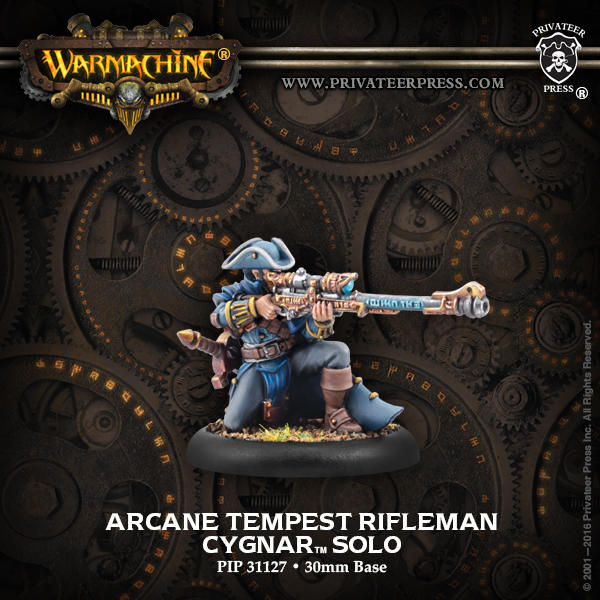 The Arcane Tempest Rifleman is a new Cygnar solo featured in WARMACHINE: Prime.

A strong ranged combat solo, the Arcane Tempest Rifleman boasts a number of excellent abilities including Arcane Precision, which allows him to ignore Stealth. His Marksman ability to choose the column or branch damaged when attacking a warjack or warbeast can be game-changing when used with the Deadly Shot attack type from his magelock rifle.