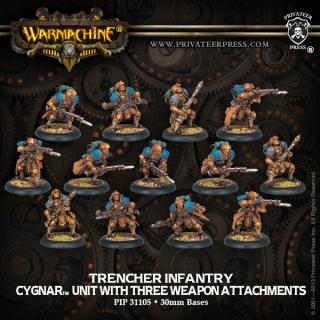 Prepared for anything, Cygnar’s highly trained trenchers are the first on and the last off the battlefield. These combat-hardened soldiers dig in and make life hell for the enemy, with rifles and grenades softening up the opposition before the decisive bayonet charge.