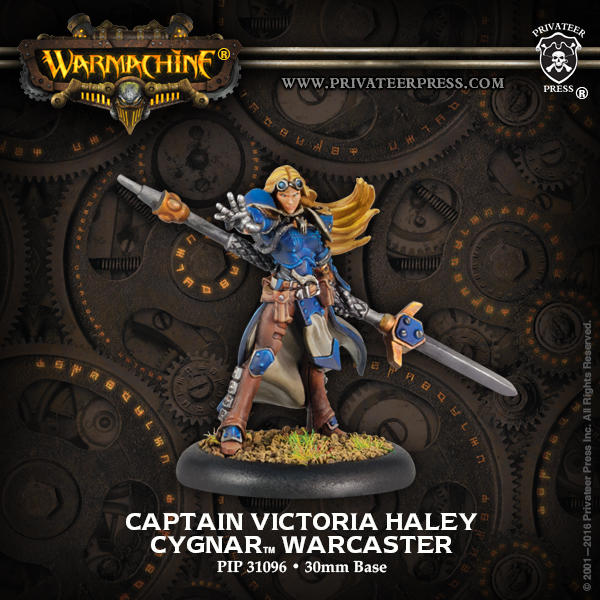 A strong-willed woman capable of both grim resolve and singular heroism, Victoria Haley has risen from meager origins to become one of the greatest assets of the Cygnaran Army. A daughter to murdered parents, she has sworn vengeance against the Cryxians who killed her family. Where the armies of the Nightmare Empire assemble she is often found throwing everything she can muster toward the undead hordes.