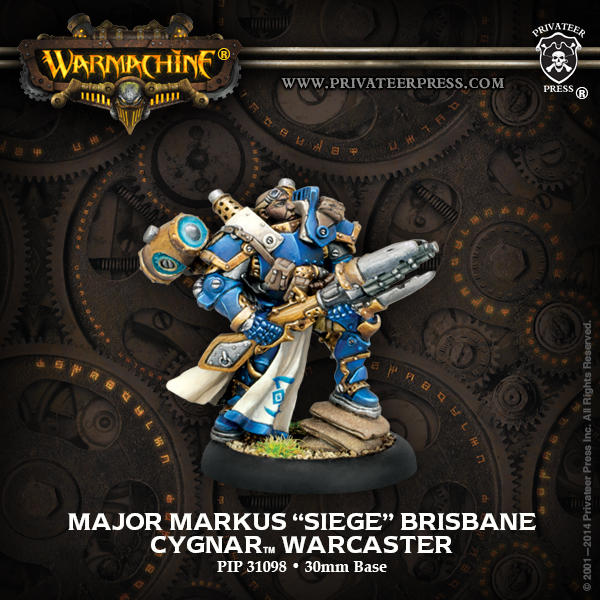 A professional soldier with more field experience than virtually any other warcaster in the Cygnaran Army, Major Markus Brisbane is famous among Cygnaran troops for his ability to lead from the front and infamous among his enemies for his ability to triumph. It has been said there is no strategic obstacle the man cannot overcome, nor is there any wall in western Immoren that can stand against him.