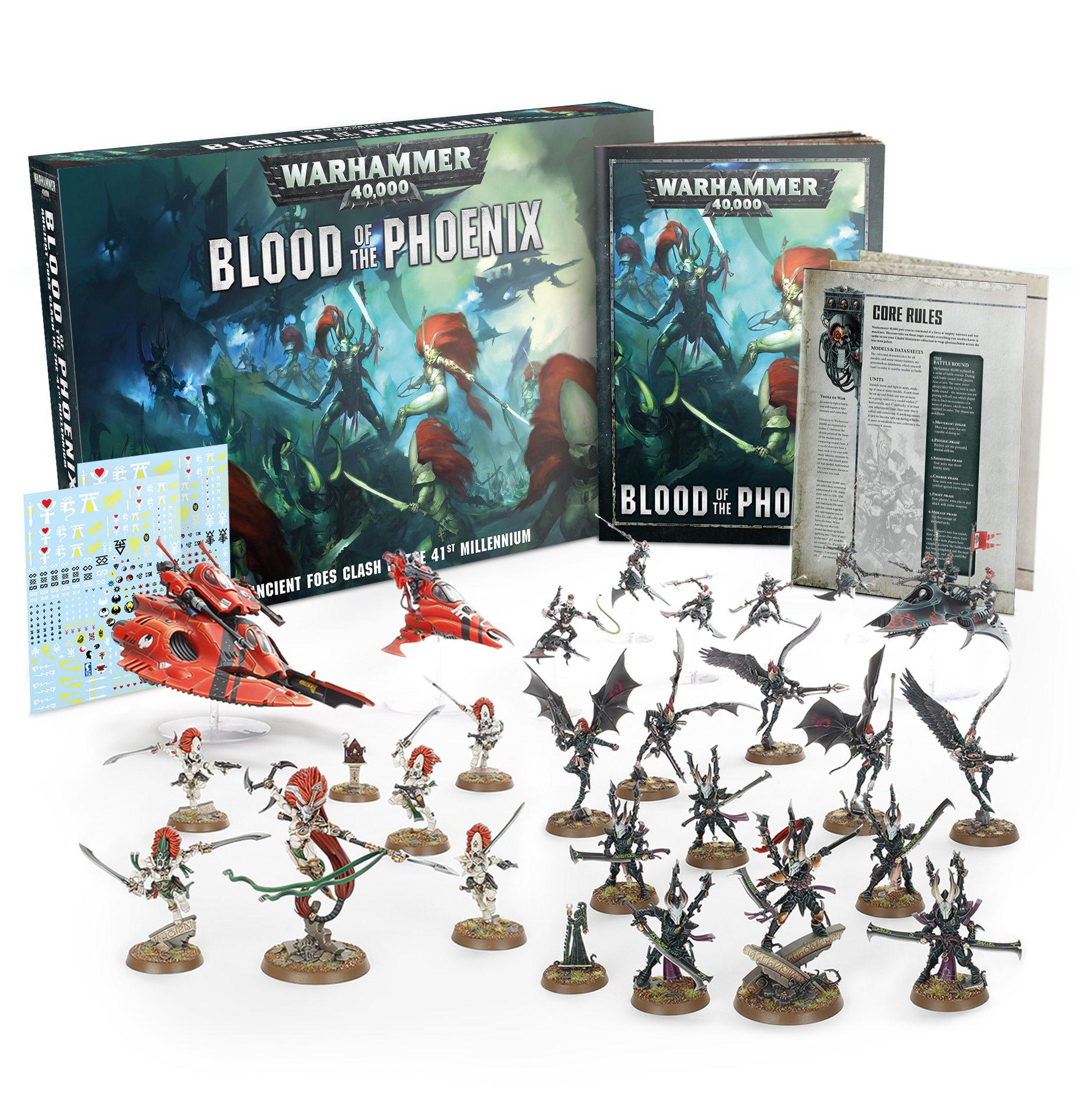 WH40K: BLOOD OF THE PHOENIX (ENGLISH)

Enter a terrifying new age for the Aeldari with Blood of the Phoenix – a boxed set that kicks off the Psychic Awakening with a battle between two of the galaxy’s greatest warriors. This battlebox contains everything you need to pit legendary Phoenix Lord Jain Zar and her craftworld allies against a shadowy strike force commanded by Drazhar – the notorious Master of Blades.

Whether you're looking to experience one of the most thrilling new chapters in Warhammer 40,000 lore for yourself, battle a friend or get a vast host of models for your Ynnari, Drukhari and Craftworlds armies, this set is for you!

Inside, you’ll find 25 plastic Citadel miniatures that allow you to build, paint and battle with two forces of Aeldari – or field them as a single Ynnari army!

These include:
- Jain Zar armed with the Silent Death and the Blade of Destruction
- 5 Howling Banshees
- 1 Falcon
- 1 Vyper

There are also a pair of handy markers. The 40-page Blood of the Phoenix campaign book is your guide to the Time of Death Ascendant and the fierce struggles within the Aeldari race. Discover the background of the Craftworlds, Commorragh and beyond as a dark plot is made to slay a Phoenix Lord. Additional rules, meanwhile, give you datasheets for everything in the set, as well as army abilities that let you master their full potential. A set of missions, meanwhile, let you play through a mini-campaign that’s ideal whether you're looking to learn the ropes with the armies in the set or experience an evening of thrilling games with a friend.