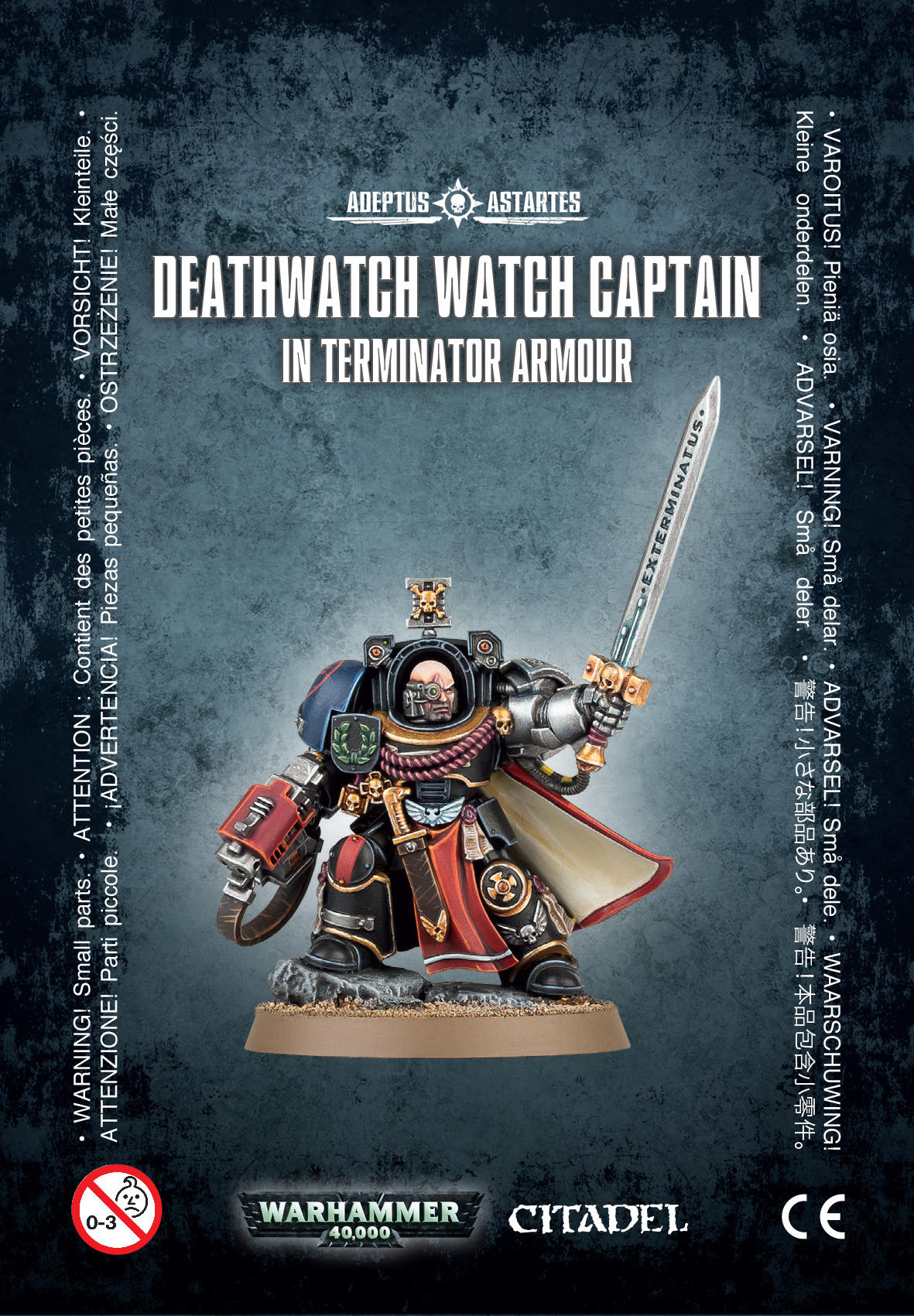 Space Marine Captains answer only to Chaplains, such is their battlefield prowess and ability. Some Captains prove themselves worthy of donning Terminator armour, hewn from reinforced ceramite, protected by force fields and brimming with advanced weaponry. The most impressively decorated of these the best of the best of the elite are called up to join the Deathwatch. Eagerly accepting this honour, the whine of a Deathwatch Watch Captain in Terminator armours servos and roar of their bolters is a harbinger of death for the xenos scum that threaten the Imperium in its darkest corners.

This multi-part plastic kit contains the components necessary to assemble one Deathwatch Watch Captain in Terminator Armour. Youll receive a Terminator Captain with a Citadel 40mm Round base, and a Deathwatch Upgrade Frame this contains 10 Space Marine shoulder pads and 2 Terminator Armour shoulder pads with Deathwatch insignia, a Sergeant chest plate, 2 variant helmets, a power sword, a small backpack icon and 2 large vehicle icons, meaning youll have plenty of spare bits with which to assemble your perfect Kill Team!