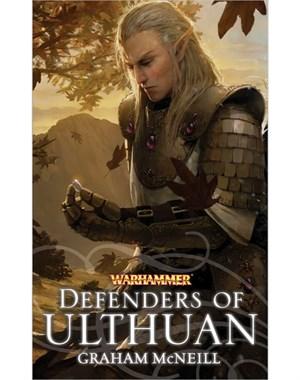 THE STORY
The high elves have long been the protectors of the Warhammer World, and their homeland of Ulthuan is known for the powerful magic that surrounds it. At the heart of Ulthuan lies a magical vortex, and the mages who created it remain trapped in a space out of time, endlessly working the spell that keeps the world from becoming a seething Realm of Chaos. When Ulthuan comes under attack from the forces of Chaos and dark elves led by the Witch King and the hag sorceress, Morathi, the high elves must hold firm or face disastrous consequences. In Defenders of Ulthuan Graham McNeill tells the epic tale of the struggle between good and evil.