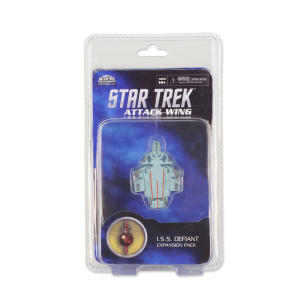 The I.S.S. Defiant is a Defiant class starship built by Miles "Smiley" O'Brien in the Mirror Universe for the Terran Resistance Force. It was practically identical to the Prime Universe's U.S.S. Defiant and was used during the Terran Rebellion on many occasions. While attempting to retake the space Station, Terek or, Regent Worf, leader of the Alliance, was forced to surrender due to an aggressive assault from this formidable little ship