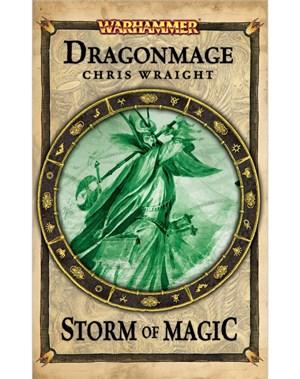 Magic is stirring across the world. A storm is coming. On Ulthuan, the Phoenix King of the high elves nears death and competition for his position has erupted into open war. Lord Rathien of Caledor seeks to awaken the dragons from their long sleep and use their strength to ensure his ascent to the Phoenix Throne. Meanwhile, Prince Valaris of Ellyrion, aided by a powerful but na√Øve mage, wants to harness the power of the storm of magic to defeat his rival and achieve his goal. As their forces clash, greater powers manipulate events to their own purposes, leading the two elf nobles into a conflict that threatens to destroy them both. and the world with them.