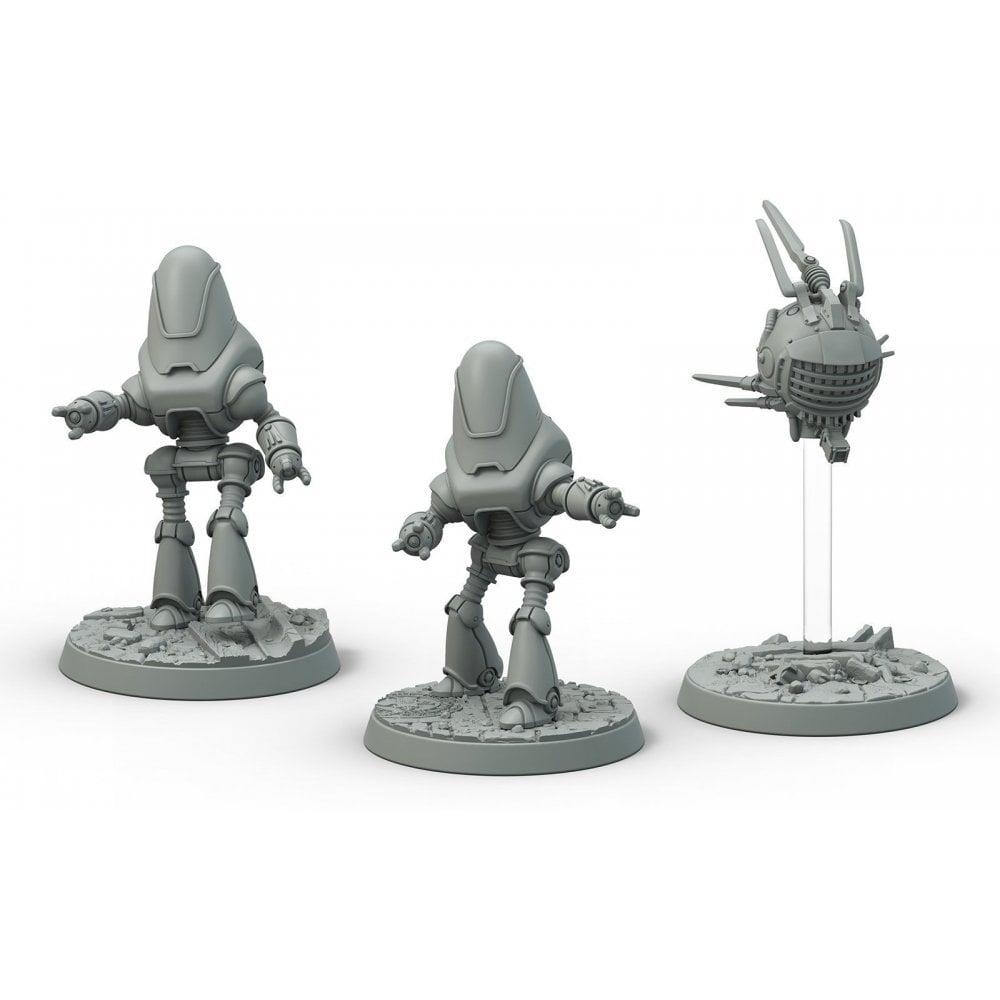 The ruins, bunkers and factories of the Wasteland often remain under the watchful gaze of those left behind to guard them. The Protectron was designed to fill a variety of roles and may be found patrolling long forgotten shops and facilities, waiting for an emergency call out that will never come or attending on customers long rotted away. While not intended for combat they may catch the unwary off guard. Deployed to support the US military forces, Assaultrons were left to roam after the bombs fell and can often be found still patrolling the checkpoints and convoys they were assigned to. One of the fastest and most deadly adversaries you might stumble across, their powerful melee attacks and head mounted lasers make short work of anything they perceive as a threat. This boxed set contains five Robot miniatures to allow players to expand their Fallout: Wasteland Warfare games.