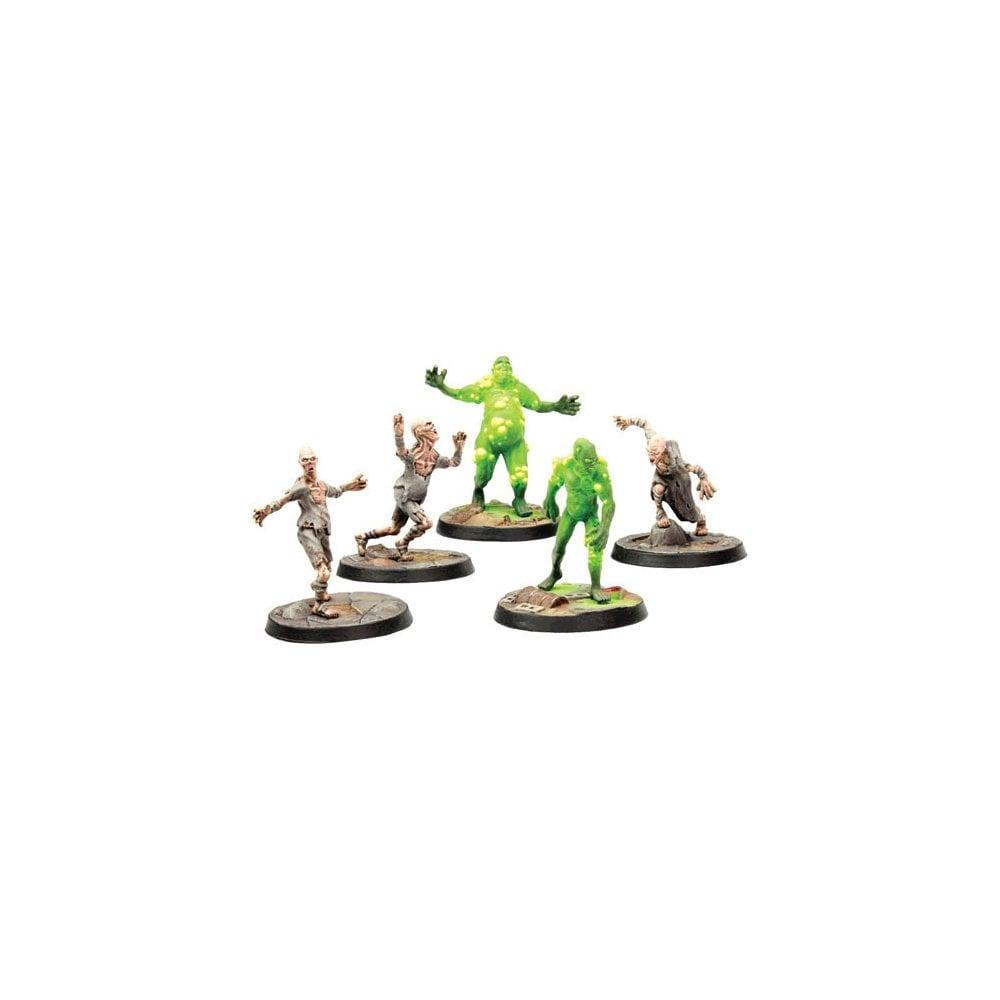 Not everyone caught in the blast of the bombs was annihilated. Some poor souls instead were irradiated and mutated into the disturbing creatures known as Ghouls. While a precious few Ghouls retained their consciousness and humanity, most devolve into ravenous and relentless scavengers that haunt the ruins of their former homes or places or work. These Feral Ghouls shuffle aimlessly through the deserted streets until they see a living target at which point they spring into ferocious hunters that run screaming at their unfortunate prey to tear it limb from limb. Worse than even these, Glowing Ones emit radiation that saps the life of any who cross their path. Notable by the green glow that emits from their heavily irradiated bodies, they are best avoided on sight or else picked off by accurate long ranged gunfire. This boxed set contains five Creatures miniatures to allow players to expand their Fallout: Wasteland Warfare games.