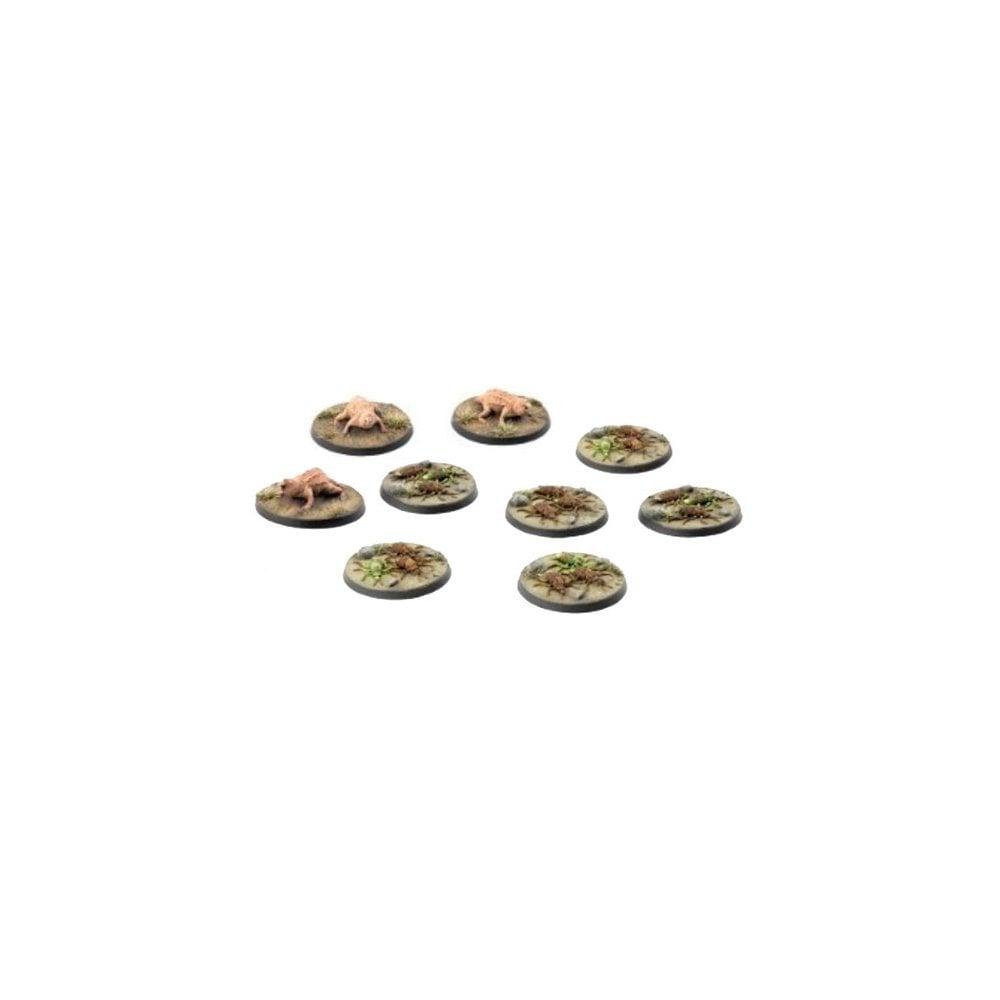 The falling bombs didn't just mutate the humans it fell on, numerous species of insect, bird and animal were changed by the radiation and now are barely recognisable from their pre-war forms. Though individually weak, packs of Mole Rats can burrow underground and ambush survivors from unexpected quarters. Their sharp fangs can cause wounds that fester. Swarms of Radroaches infest the dark damp corners of the ruins of civilisation. More nuisance than true threat they can usually be stomped underfoot, but watch out for the Glowing radioactive variants. This boxed set contains nine Creature miniatures to allow players to expand their Fallout: Wasteland Warfare games.