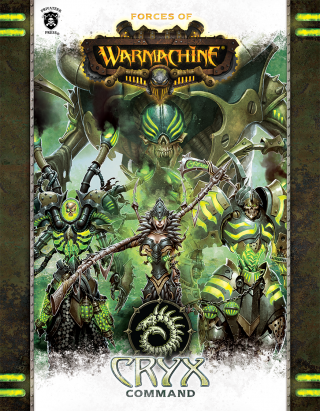 From the darkness of their nightmarish isles, the undead legions of Cryx strike at the Iron Kingdoms. Each battle serves to fuel their unholy necrofactoriums as scuttling necrotechs reshape everything that walks, crawls, of slithers out of their dank, macabre workshops. Wielding the powers of death and black sorcery gifted to them by their terrible master, Toruk the Dragonfather, the insidious warcasters of Cryx send forth masses of undead thralls to overwhelm their mortal foes. Their ranks bolstered by looming black-iron helljacks and skittering bonejacks, the undying army of Cryx will not rest until Toruk's shadow covers all of Immoren.

Forces of WARMACHINE: Cryx Command provides the foundation you need to serve the Dragonfather and bend the power of death to your will, featuring:

RISE TO THE CALL OF THE DRAGONFATHER!