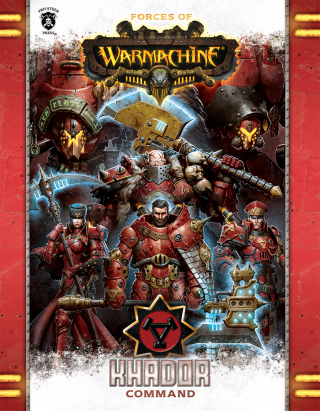 In the cold north of western Immoren lies the mighty Khadoran Empire, whose massive military epitomizes the national ideals of strength and resilience. This formidable force is led by powerful warcasters as unrelenting in battle as the bitter Khadoran winter and back by the most brutal and heavily armored warjacks ever to stride the battlefields of Immoren. With thundering ranks of bold imperial soldiers, howling madmen armed with ancient relics, and potent arcanists wielding forgotten and forbidden magic, the army of Khador marches with on singular goal: to carve out the greatest and most dominant empire the Iron Kingdoms has ever witnessed.

Forces of WARMACHINE: Khador Command provides the foundation you need to lead the empire's conquest with:

FOR THE EMPRESS AND THE MOTHERLAND!