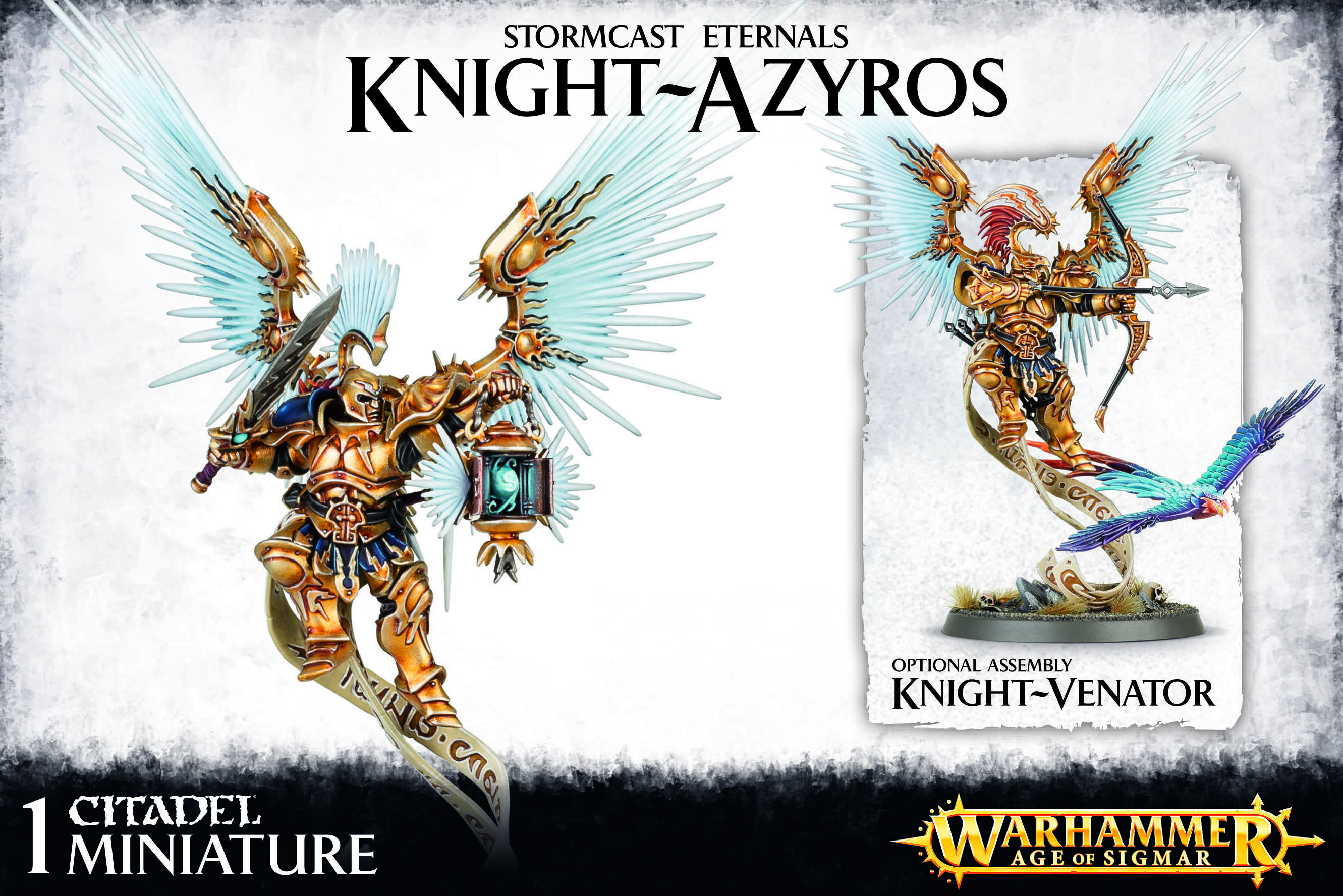 The herald of the Stormhosts, an avenging angel clutching a glittering starblade that can carve a swathe through the hardiest of foes, the Knight-Azyros wields another, far more potent weapon. He carries a celestial beacon, a lantern radiating the searing and pure light of the heavens, a light that falls upon the forces of Chaos as a sea of torment far more painful than those twisted agonies the Dark Gods gleefully conceive. Wherever this light shines, so might Sigmar cast his divine bolts more easily and burn away the darkness - the Knight-Azyros is the tip of the spear, bringing glorious illumination to those places thought lost to infinite corruption.

This multi-part plastic kit gives you everything you need in order to build one Knight-Azyros. Featuring striking, posable wings of light, intricate armour and a domed helm, this miniature is an incredible example of the glory of Sigmar’s Stormhosts. The kit can also be assembled as a Knight-Venator, and includes a starblade, dagger, lantern, helm and shoulder pads unique to the Azyros. Twenty-six components in total, includes one Citadel 50mm Round base.