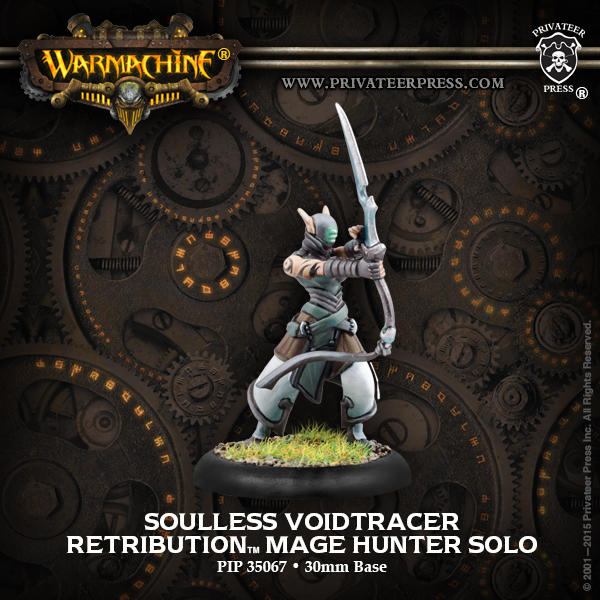 Though the majority of soulless taken in by the Retribution live out brief lives as anti-magic escorts for the group’s soldiers, a select few receive specialized training to become voidtracers. They are skilled but expendable mage hunters, trained to sacrifice themselves for the success of the mission. Without fear of death, they fight ably alongside other Retribution forces to clear the way to their target with swift, reflexive swordplay. Like other soulless, voidtracers absorb arcane energies employed by the mages they hunt, but they can also reflect it back to the spellcaster in a focused impulse, creating a deadly feedback surge.