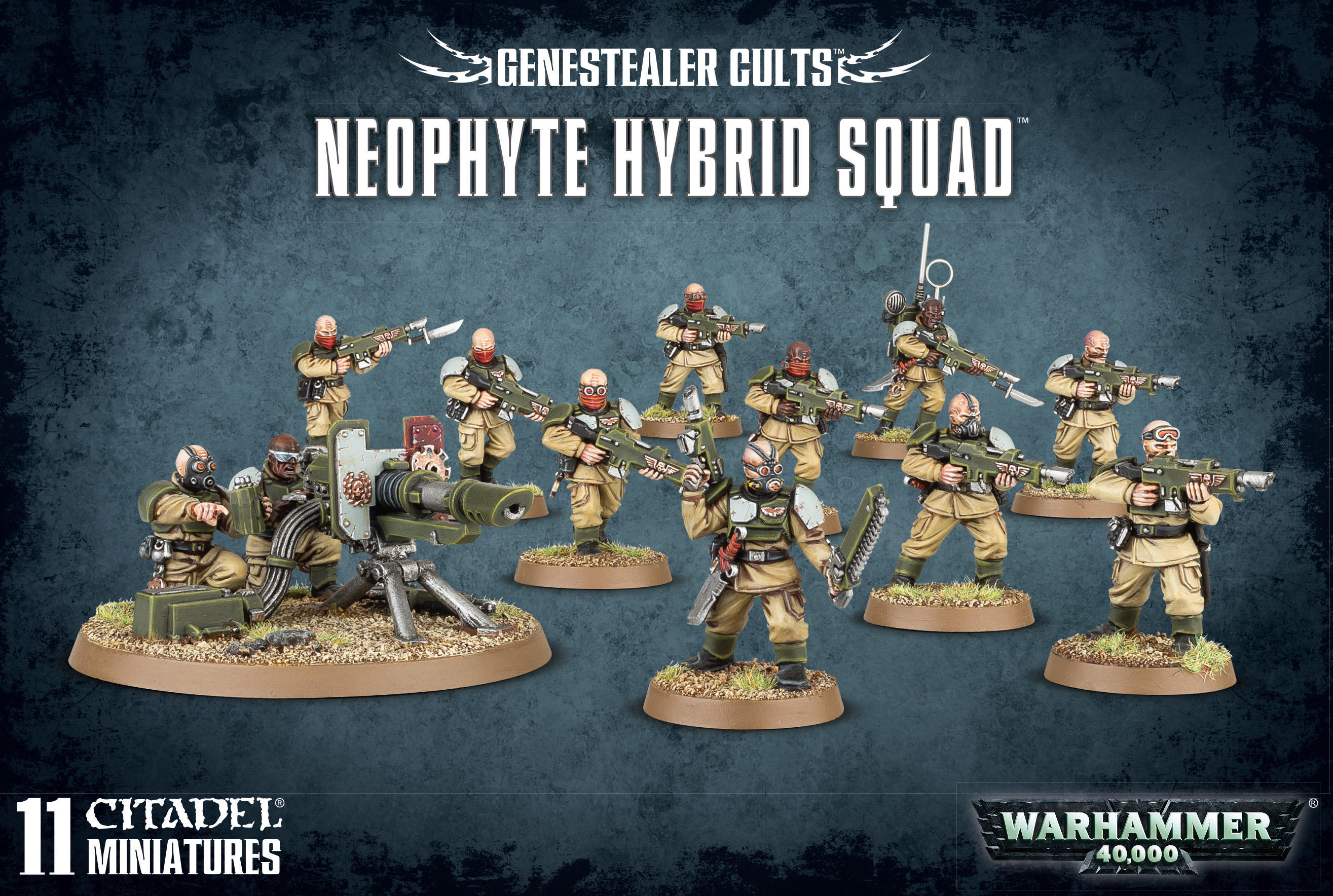 By the time a Genestealer Cult launches its insurrection, its Neophyte Hybrids make up a horde of thousands. Weathered and toughened by a life of hard labour, each cultist features the inhuman reactions and strength their alien genes gift them. These third and fourth generation hybrids can pass as human – sinisterly, some can even infiltrate the Astra Militarum, such are their blessings. When the cult signals their attack, Neophytes swarm from sewers, catacombs and shadowy barracks, overwhelming their enemies and seizing control of entire planets within hours.

This box set contains the components necessary to assemble a Neophyte Hybrid Squad. You’ll receive a 10-man set of Cadian Shock Troopers, a Cadian Heavy Weapons Squad and a Genestealer Cults Upgrade Frame – this contains everything you need to upgrade the Cadians to Neophyte Hybrids, including 14 heads, assorted Cult icons, daggers and grenades, and 6 Cult icons for vehicles.