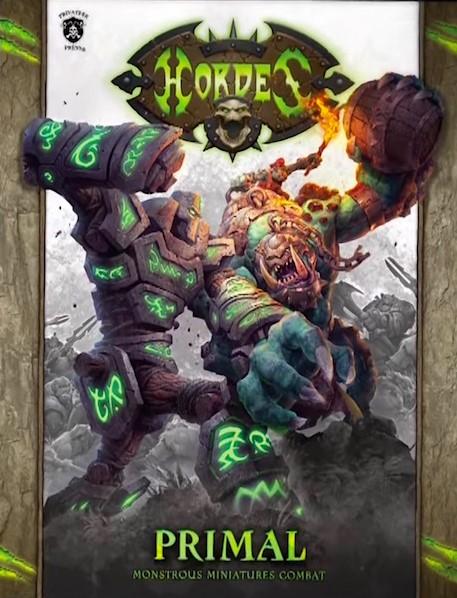 Beyond the industrialized world, formidable factions harness the power of magic, nature, and the unnatural to vie for domination of their realms. Battle in this wilderness is waged by potent warlocks, arcane warriors who wield the savage power of their warbeasts. Their consciousness magically linked, a warlock and a horde of warbeasts possess the power of a small army. When leading an army, they are more than a match for the mightiest forces of the Iron Kingdoms.

Take control of a warlock and a horde of fierce warriors and monstrous warbeasts in this action-packed 32 mm tabletop miniatures game set in the foreboding wilds of western Immoren, home of the Iron Kingdoms.

HORDES: Primal thrusts you into this savage world with:

SEIZE THE SAVAGE POWER OF HORDES AND UNLEASH THE FURY WITHIN!