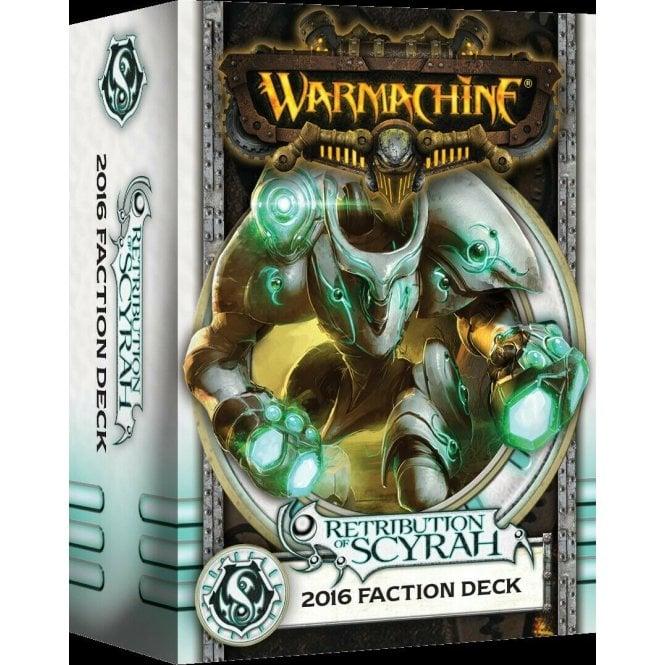 Faction Decks contain all the stat cards for a player’s miniatures within a faction that have currently been released, providing you essential tools for a quick reference of abilities, stats, as well as keeping track of damage received during game play.

With all new updated and redesigned cards for every model currently released up until 1st June 2016, this faction deck is a must for every Retribution of Scyrah collector.

Please Note: This deck box does not contain any stat cards for Mercenary or Minion models.

The Retribution of Scyrah are an Elven force who have stayed hidden away in Ios, trying to eliminate the powers of human sorcery which opposes their own gods. Elite warriors shrouded in cloaks of shadow in order to avert the enemy gaze, striking suddenly without warning making them a force to be reckoned with. May the enemies of Scyrah beware!