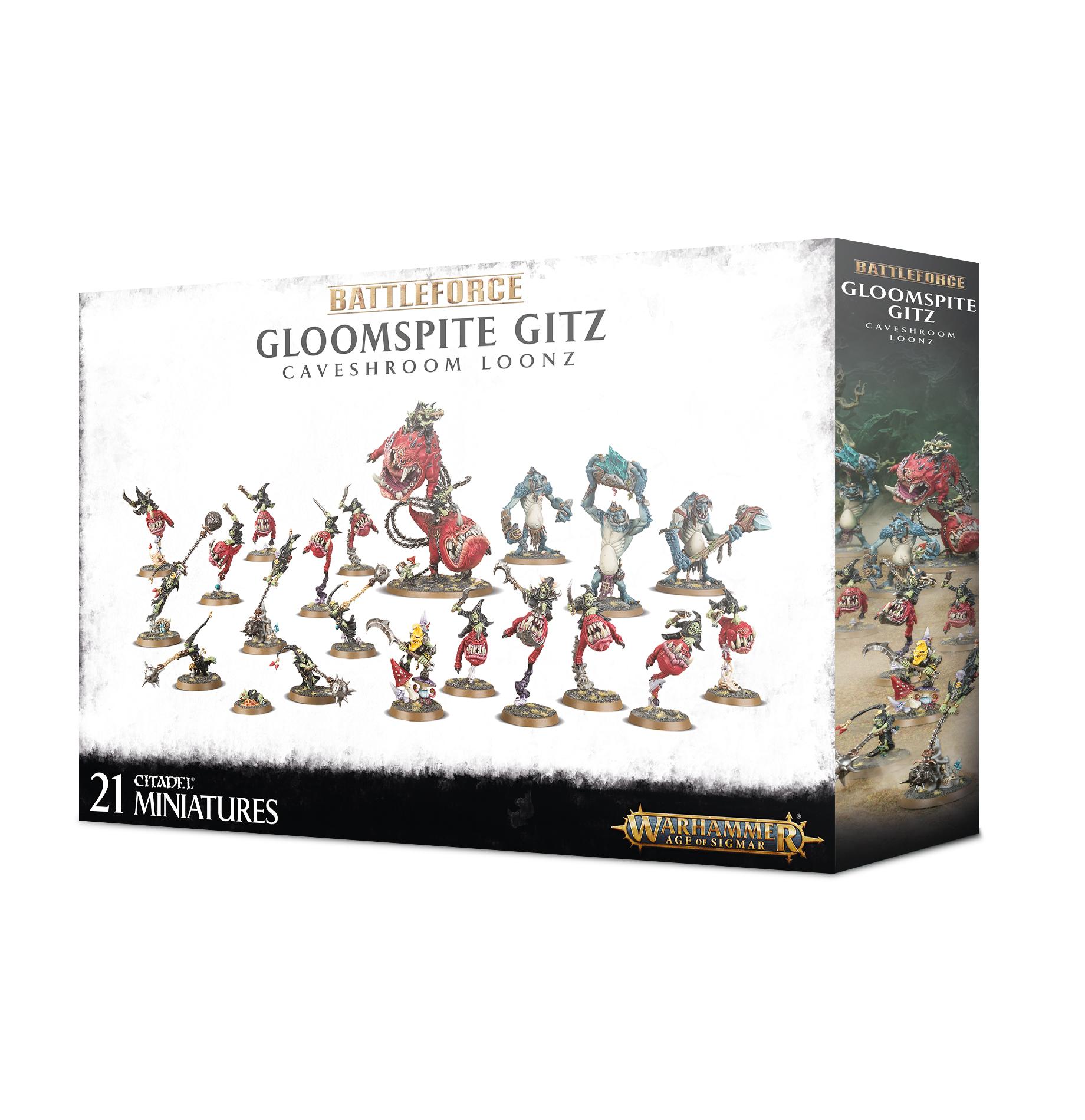 Master the maniacal madness of the Gloomspite Gitz with the Caveshroom Loonz army set! This huge boxed set is packed with grots, squigs and troggoths, perfect for any aspiring Loonboss looking to conquer the Mortal Realms – or just smash stuff. From the smallest grots to massive monsters like the Mangler Squigs, these set gives you a veritable smorgasbord of models to build, paint and game with.

1x Loonboss, a crazed commander ideal for leading your Gloomspite Gitz forces
6x Fanatics, ball-and-chain swinging loons who carve through your foes with glee, which can be assembled as Loonsmasha Fanatics or fungus-wielding Sporesplatta Fanatics
10x Squig Hoppers, bouncing cavalry of the Gloomspite Gitz which can also be built as heavily-armoured Boingrot Bounderz
1 set of three Rockgut Troggoths, regenerating brutes literally too stupid to die
1x Mangler Squigs, a pair of destructive beasts who can also be built as a Loonboss on Mangler Squigs