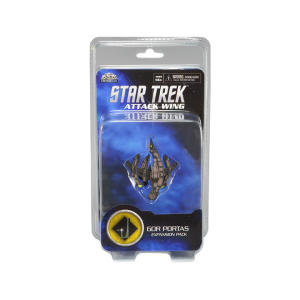 The Breen battle cruiser that led the attack for the Dominion during the Second Battle of Chin’toka, a resounding victory that ended in the destruction of the U.S.S. Defiant and many other ships The Breen Energy Dissipator was a feared weapon capable of completely disabling a ship’s weapons, shields, and engines